It’s Monday and lets get cooking with Chef Simon

It’s Monday and lets get cooking with Chef Simon Well, hello there how are you doing? I hope it has been a lovely weekend and you are sitting comfortably, ready, and raring for the week ahead. Here in the Valley the skies are blue the bush is vibrant green; it doesn’t really get much better! But we…

It’s Monday and lets get cooking with Chef Simon

Well, hello there how are you doing? I hope it has been a lovely weekend and you are sitting comfortably, ready, and raring for the week ahead. Here in the Valley the skies are blue the bush is vibrant green; it doesn’t really get much better! But we are not going to be outside today, instead this week we are going to scoot into the kitchen and catch up with Simon who is our Luangwa Safari House chef, who has been keeping himself busy with lots of little experiments and jobs in the kitchen.

Before we get cooking with Simon, lets first off find out about Simon shall we… His dad was a chef and sadly passed away when Simon was quite young, but Simon kept a part of him with him and found all his old cookery books and just started reading them. He would pour over the pictures and recipes and instantly knew that this was something he wanted to learn more about. Not having access to chefs’ college, the best way out here in the Luangwa is simply to learn on the job. First off is to get a job. Everyone generally starts off as a casual general worker helping camp building or maintenance work which is exactly what Simon did over at Luangwa River Camp. It was not long before his interest and talent was spotted and he was soon put into a kitchen porter position to learn the foundations of working in a lodge kitchen. Very quickly the chef in camp started to train him and he was fast tracked onto the path of becoming a chef. He passed his written exam on kitchen hygiene and food preparation with flying colours and now all that was needed was plenty of hands-on experience. We were truly fortunate to recruit Simon to Robin Pope Safaris and after a season at Tena Tena, then a season at Robin’s House there was no denying his talent. In 2007 he became our head chef at Luangwa Safari House which is where he has flourished. 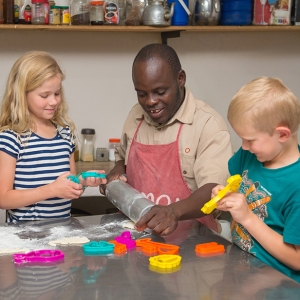 Whipping up a storm in the kitchen, Simon has never failed to impress guests with his delicious cooking and as a result has been offered some incredible experiences. He headed to Lusaka a few years ago cooking for some guests in their home for a month, learning about new ingredients and especially Asian flavours. Then in 2019 he stepped well out of his comfort zone and into the sub-zero temperatures of Norway where he stayed with Mattis Skold and his family for a month experiencing life over there. He sampled different types of food and had the opportunity to step into some top professional restaurants to see how they work and see the level at which they produced their food. 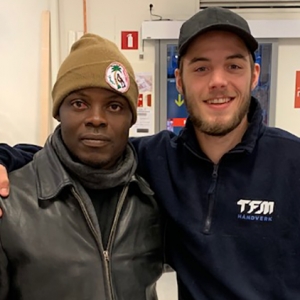 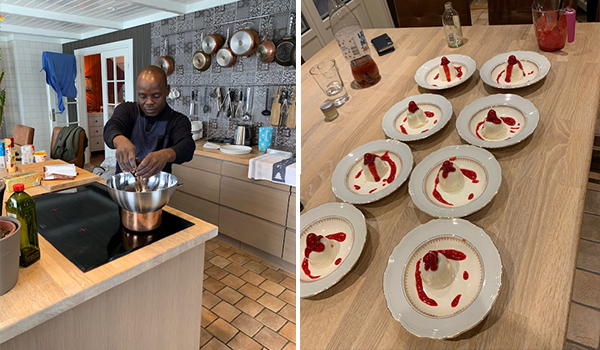 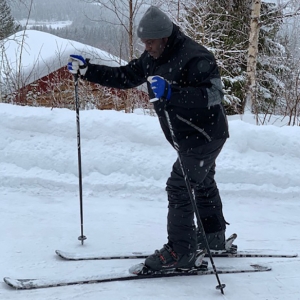 Simon loves all styles and courses but is particularly fond of his desserts so today he decided to share his amazingly easy and delicious Panna Cotta recipe with you, so that you can get cooking too.

Lightly grease 6 small pudding moulds and set to the side.

Heat the water gently then sprinkle over the gelatine and stir until dissolved. Gently heat the cream, milk and sugar in a separate pan being careful not to boil it. Remove from the heat and add the gelatine mixture along with the vanilla. Combine then pass through a fine sieve.

Allow to cool then pour into your moulds and allow to set.

To serve gently tip each mould onto a plate then decorate with fruits and herbs of your choice. 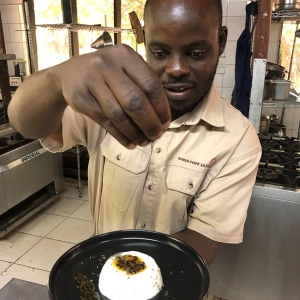 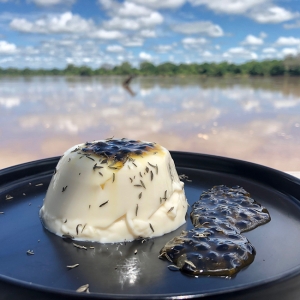 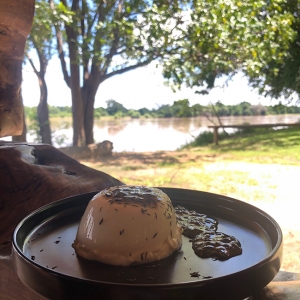 Ooh, delicious! Thanks, so much Simon. I can attest to the incredible taste, as for the greater good, I had to give this a try and it was delicious. Right, on that yummy note, I am going to bid you a very fond farewell and hope that you have a fabulous week ahead with plenty of smiles and laughter and don’t forget to look after one another.