Rustic, intimate camp in the heart of North Luangwa. For those seeking an exceptional walking experience in a remote and exclusive setting - this is the place to be! Mwaleshi, being located in the rhino sanctuary, offering guests a chance to see the endangered species.

Small rustic and intimate camp set on a scenic bend of the Mwaleshi River in North Luangwa National Park. The camp much remoteness and with its rustic look, makes one feel fully immersed in the wild. Walking is the key activity here, so put your walking shoes on.
With just 4 rustic thatch chalets, guests have a great sense of exclusiveness. The Park has limited established roads following animal trails, so walking is the highlight.
The endangered black rhino was reintroduced here after being poached out in the 80s – giving North Luangwa guests a chance to catch a glimpse of the iconic black rhino. 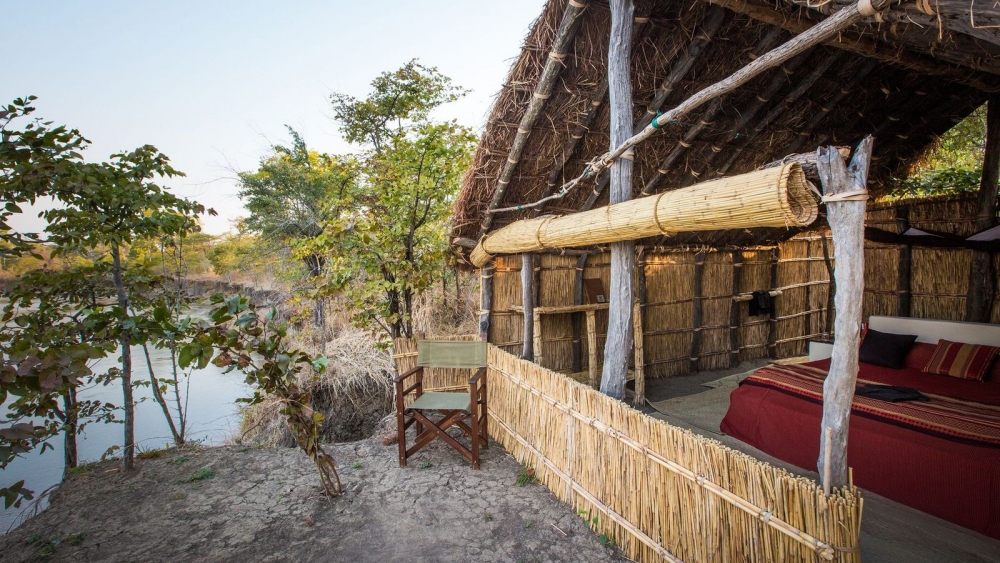 Great way to explore this remote area and get all the senses working.

For the more adventurous there is a chance to sleep out under the stars. This needs to be pre-booked and minimum numbers may apply.

Huge herds of buffalo are synonymous to North Luangwa, offering some incredible sightings of dust trails long after they have left an area. Large prides of lion, hyena, Cookson’s wildebeest (endemic sub-species of the park), bushbuck, zebra, warthog, baboon, vervet monkey, puku and impala are a common sight. There are also elephants and leopards but not as easily seen as in the south. Giraffe haven’t been sighted unlike South Luangwa, but this Park has more chances of seeing hartebeest, reedbuck, and eland plus occasional sightings of sable antelope, bushpig and blue monkeys. North Luangwa has also been fortunate to have had black rhino reintroduced, adding onto the game species found in this Park.