Hwange National Park is the largest wildlife reserve in Zimbabwe, occupying roughly 14,650 sq. km. It is in the northwest corner of the country, about one hour south of Victoria Falls by air, and is distinctive by its deep Kalahari sands which blew across the continent aeons ago and now support ancient hardwood forests, savannah grasslands and acacia trees. Visitors to Hwange are guaranteed to see an incredible range of wildlife, with over 100 species of mammals and nearly 400 bird species recorded. The elephants of Hwange are world famous and the park’s elephant population is one of the largest in the world, the last estimate being 44,000 from a recent aerial survey.

Hwange, one of the world's last great Elephant sanctuaries, is the largest national park in Zimbabwe...

This is an excellent place for safaris and bush walks, and it is also possible to go on a horseback safari. The northern part of the Park is where most of the game is and where most camps and lodges can be found because it has the most water.

The Park was established as a game reserve in 1928 and transformed into a National Park in 1961. Hwange National Park is the perfect place to see Zimbabwe’s Big Five. You can see the wildlife by driving around in a car or by taking short or multi-day walks. Zimbabwe’s most popular Park is located in the west of the country and borders with Botswana. The two countries share an unfenced border, creating a large nature park.
Access to water is one of the great challenges of wildlife in the park. The Okavango Delta is short of water because it is located in the Kalahari Desert. The little water that falls during the rainy season is not enough to keep all the animals alive until the next one. Waterholes have been constructed to provide a source of water for the animals.

If you are considering traveling to Zimbabwe, Hwange National Park should definitely be on your list to visit. Enquire now about your next adventure. 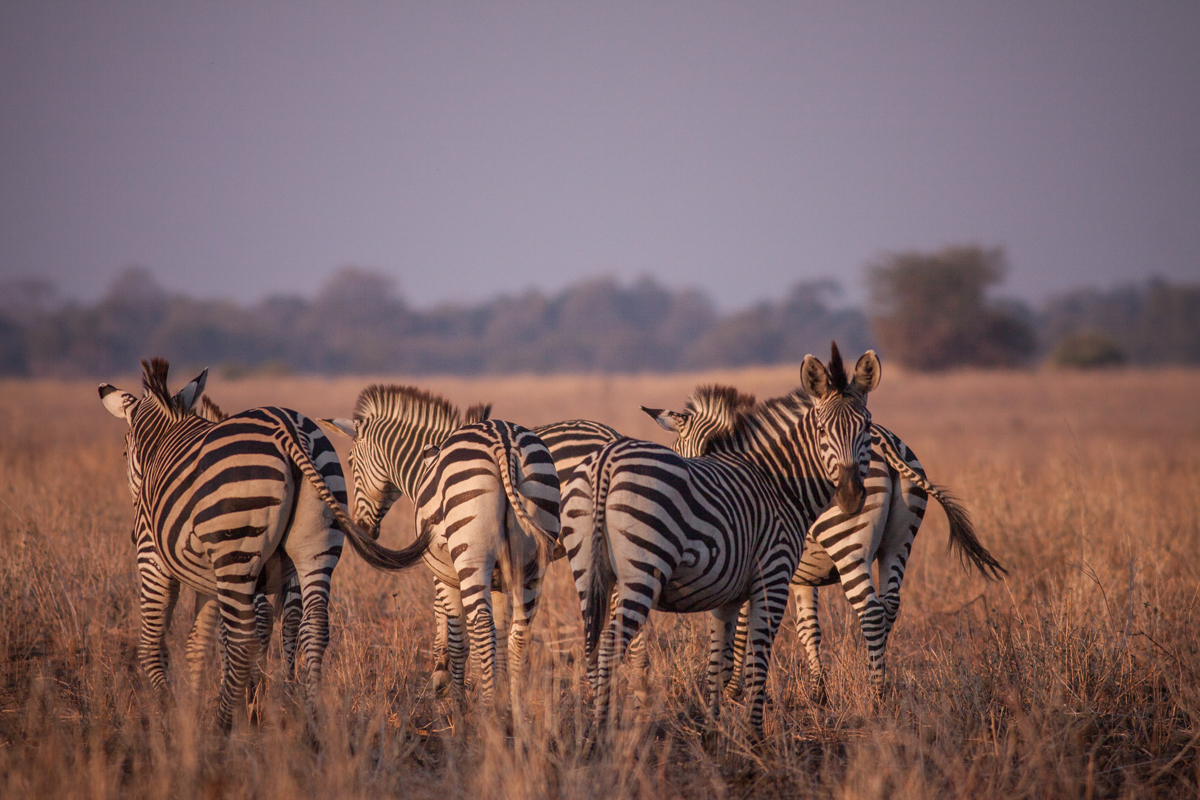 The best times to visit Hwange National Park are August to early November. During this time, water is scarce in the park, just before the new rainy season. It is the time of year when animals migrate to waterholes to seek water. You can sit by your favorite waterhole and wait for the animals to come to you, rather than going out and looking for them yourself.
Life in the park is very different during the rainy season, which lasts from November to April. The dry fields turn green and become plains where many animals can graze on the fresh grass. Many animals give birth at this time of year, so there are many animals waddling around and taking their first steps.

More than 420 bird species have been recorded in Hwange National Park, making it a popular destination for keen birders. Although there is less wildlife between November and April, the cooler temperatures during this time make it an attractive time to visit. Hwange has no permanent water sources, so the animals there are increasingly dependent on man-made waterholes.
About 50 different species of raptors have been found in the Park. The bateleur eagle is very easy to spot as it stands out against the sky. Kori bustard, southern ground hornbill and secretary bird are some of the more notable grassland birds. The park is a popular destination for migratory birds from November to April. 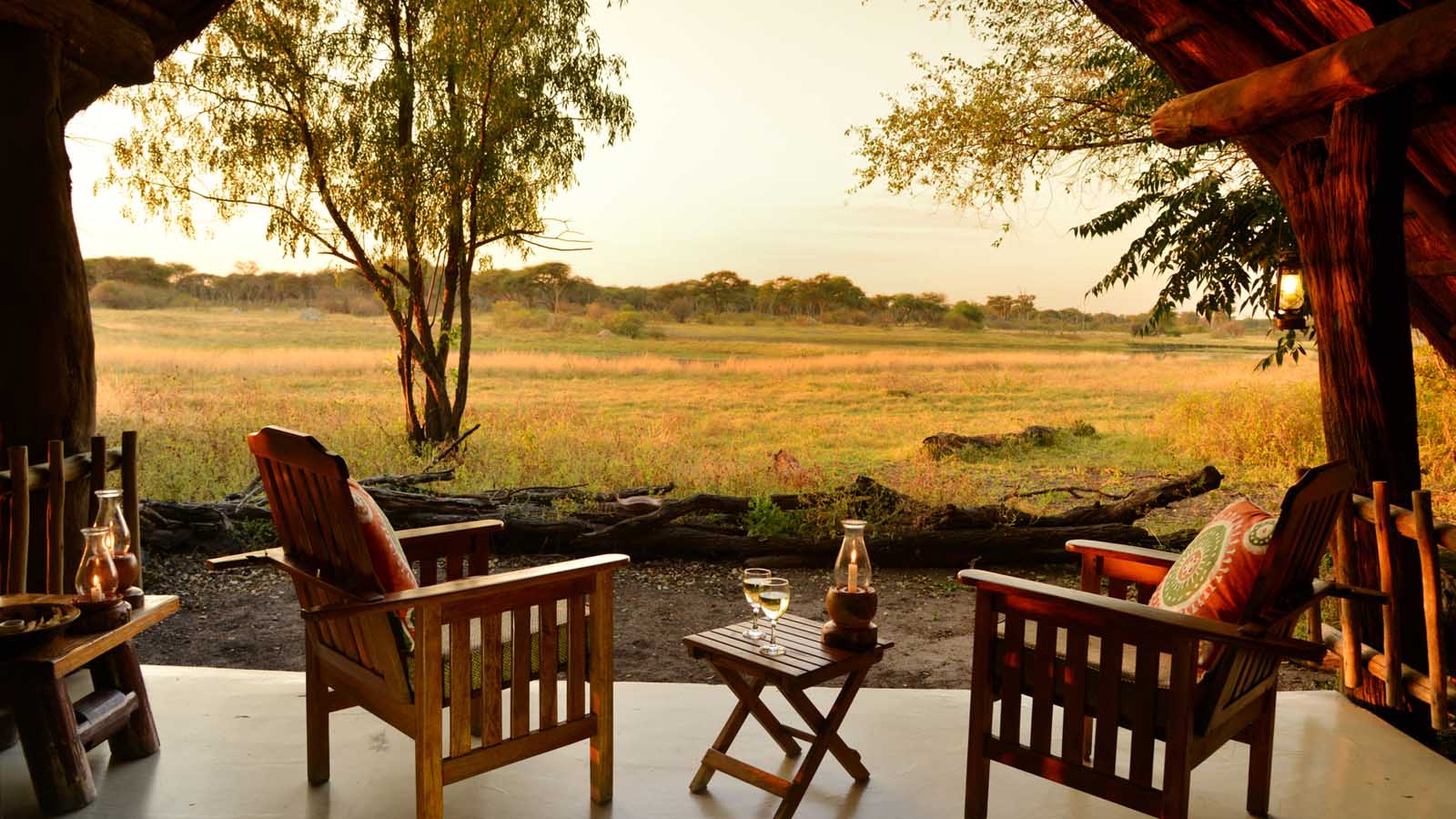 The Hide is a small family-owned lodge that can accommodate up to 16 guests. The lodge is the perfect place to stay for those who want the ideal African safari experience. You can see elephants, buffaloes, lions and rhinos right outside the door of the camp. This is a regular occurrence.
The tents are of very high quality and have everything you could possibly need. From your private veranda you can watch the wildlife coming to drink at the waterhole. The Hide has also built a shelter here, so you can see the wildlife up close when they come to get water. Plus, you can relax by the pool after an exhilarating safari trip. 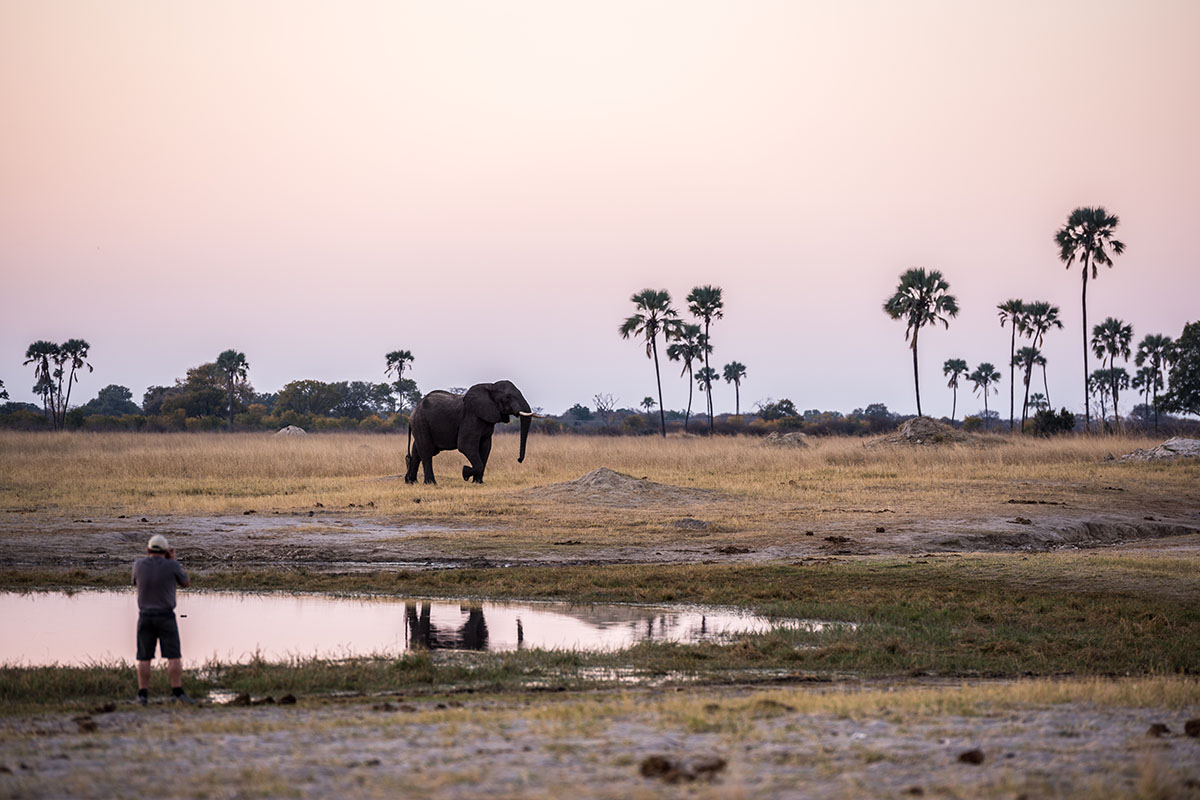 In Hwange you will find almost all the animal species that are indigenous to Southern Africa. In the park you will find The Big Five; the buffalo, elephant, rhino, leopard and lion. Apart from cheetahs, giraffes, zebras and wild dogs, you can also find other animals here. This park is home to more than 25,000 elephants and 10,000 buffaloes, making it famous for its large herds.
Some lodges and private camping areas are next to waterholes where elephants often congregate. It is common to find a herd of elephants next to your tent. Hwange has a number of hides that allow you to get close to the animals for sublime photos!

Contact us now
If you want to plan your next adventure, we can help. Enquire now.