Set on the banks of the iconic Zambezi River, Chiawa Camp offers the perfect mix for an unforgettable safari in the heart of the Lower Zambezi National Park.

Chiawa Camp is a multi award wining camp set on the banks of the Zambezi River in Lower Zambezi National Park. The first safari camp in this iconic park, Chiawa blends in effortlessly with its idyllic surroundings, perched under a grove of mahogany and acacia trees. It has a beautiful thatched lounge/bar area with two viewing decks with spectacular views of the Zambezi River.

The Lower Zambezi, a key national park of Zambia, lies between the rugged and dramatic Zambezi escarpment and the wide and spectacular Zambezi River. The Zambezi runs for 120 km through the park and with the protection of the Mana Pools National Park in Zimbabwe on the opposite side this is a haven for wildlife. There are many channels, lagoons, sandbanks and islands along the river and then open plains, woodland and bush areas behind the riverine strip 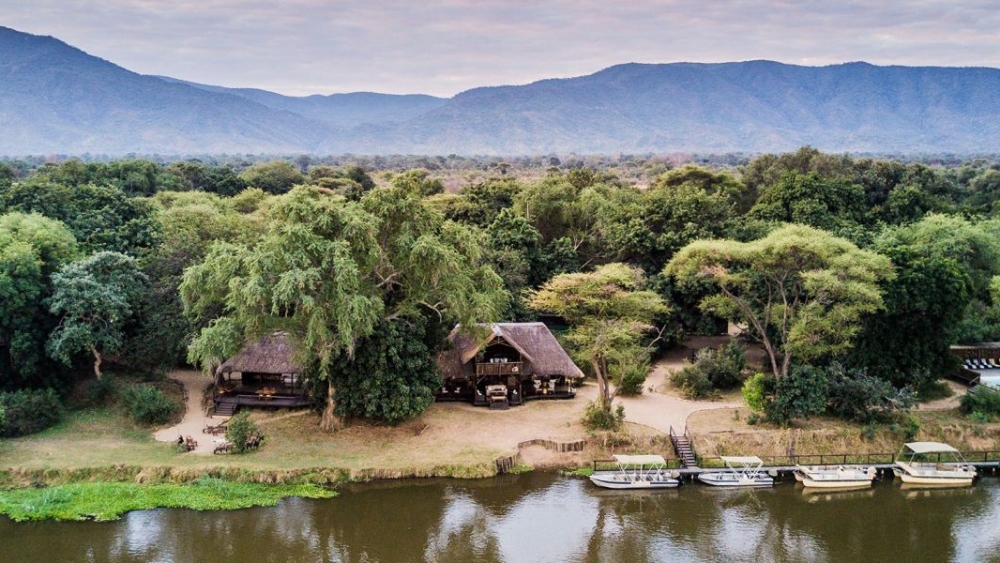 Each of the luxury tents is built onto wooden decks boast spectacular views over the Zambezi River. They are insect-proof and have a choice of a super king or two twin beds, 24/7 lighting and power for fans and charging cameras, en-suite flush loo, indoor and outdoor shower, ball & claw bath, his & hers washbasins, and a veranda. 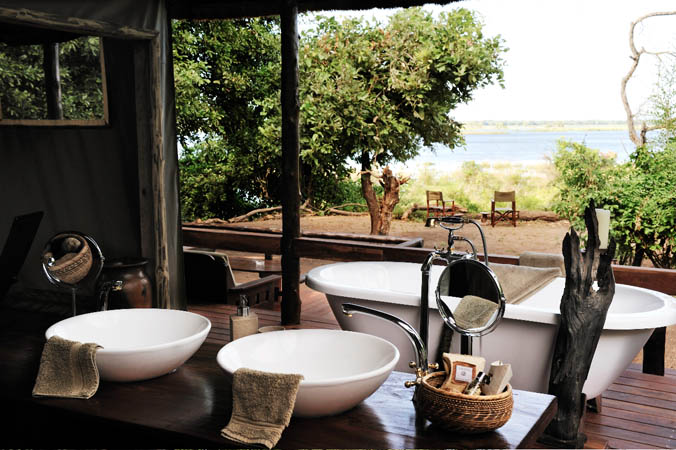 Located on the shores of the mighty Zambezi River, Lower Zambezi National Park naturally enjoys great sightings of crocodiles and hippos plus that of the large water monitor lizard. Also due to location, buffalo and elephant frequents cross between Zimbabwe’s Mana Pools and Lower Zambezi National Parks. Eland, zebra, wildebeest, waterbuck, bushbuck, and kudu have good populations, but impala is the most dominant species of antelope here. Grysbok and duiker are rarer but sighted sometimes. When it comes to carnivores, hyena, lion, and leopard are present. Wild dogs are less frequently seen.

Over 370 bird species have been sighted in this park. These species include bee-eaters, storks, herons, eagles, kingfishers (brown-hooded, giant, woodland, malachite, pied are common). On the river the egrets, cormorants, darters, fish eagles and storks are at play. African skimmers, ospreys, and spoonbills are some of the rare species here. 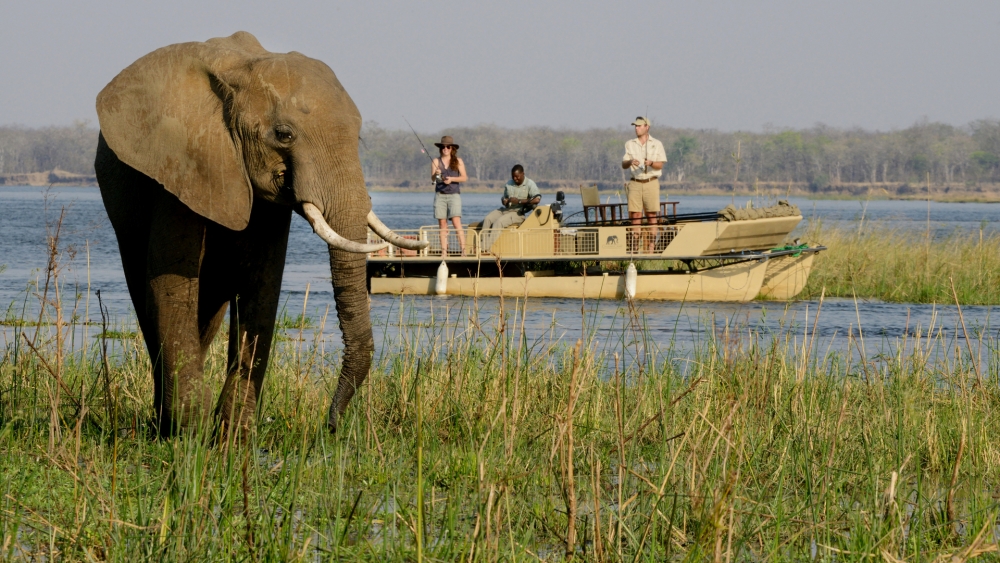 9 tents including the Safari Suite that all overlook the Zambezi River. 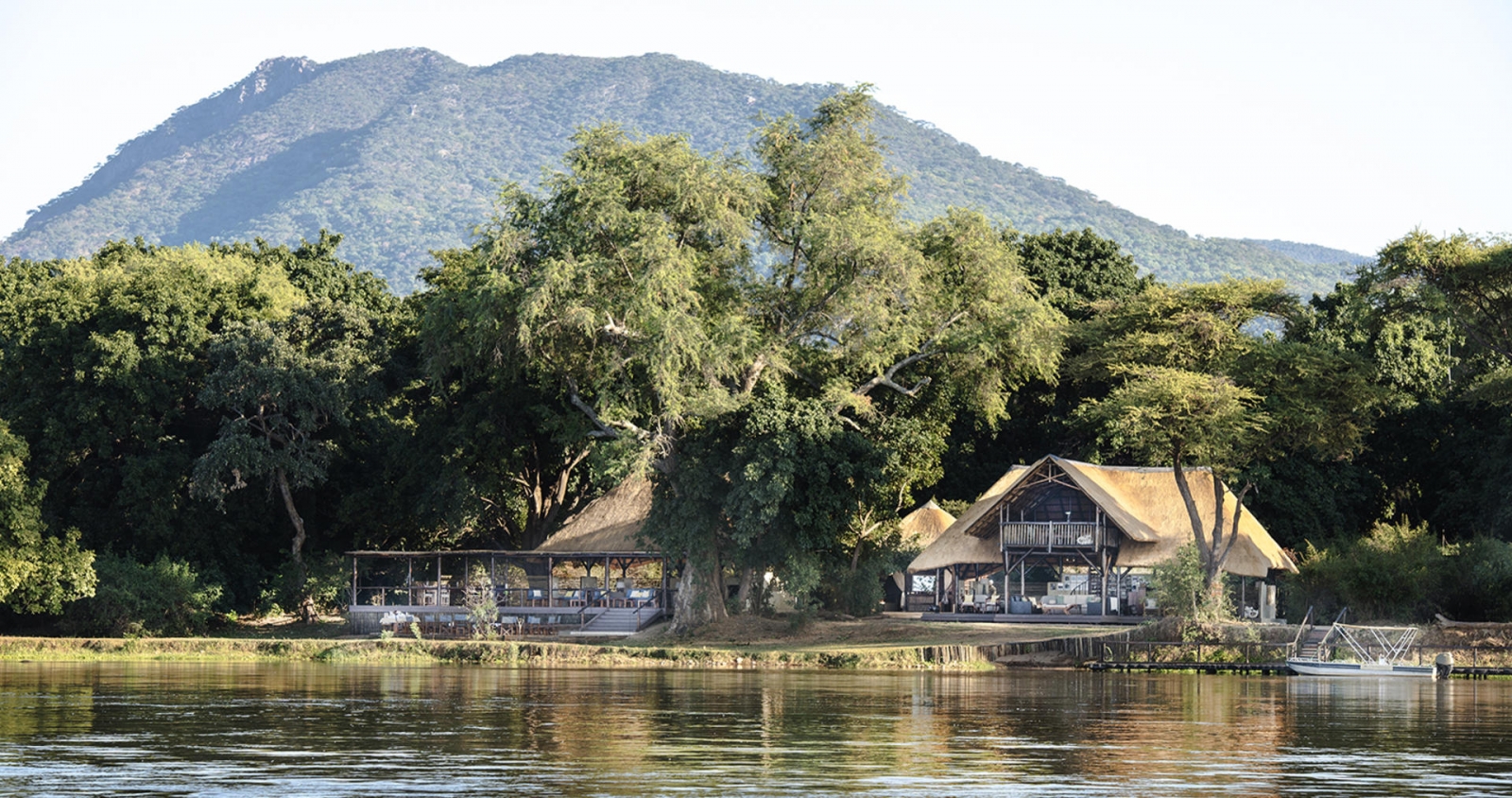 We'd be delighted to help you with any questions you have about properties and safaris in Zambia, Malawi & Zimbabwe. Please fill in the form below so that we can help you create your perfect safari holiday.
or