Zambia is a landlocked independent nation in southern Africa. Zambia is unspoiled by mass tourism, and is rich in wildlife, superb forests and meandering rivers. Of course it’s also where you can see the world’s biggest waterfall, the Victoria Falls, which spans the border to our neighbour, Zimbabwe. 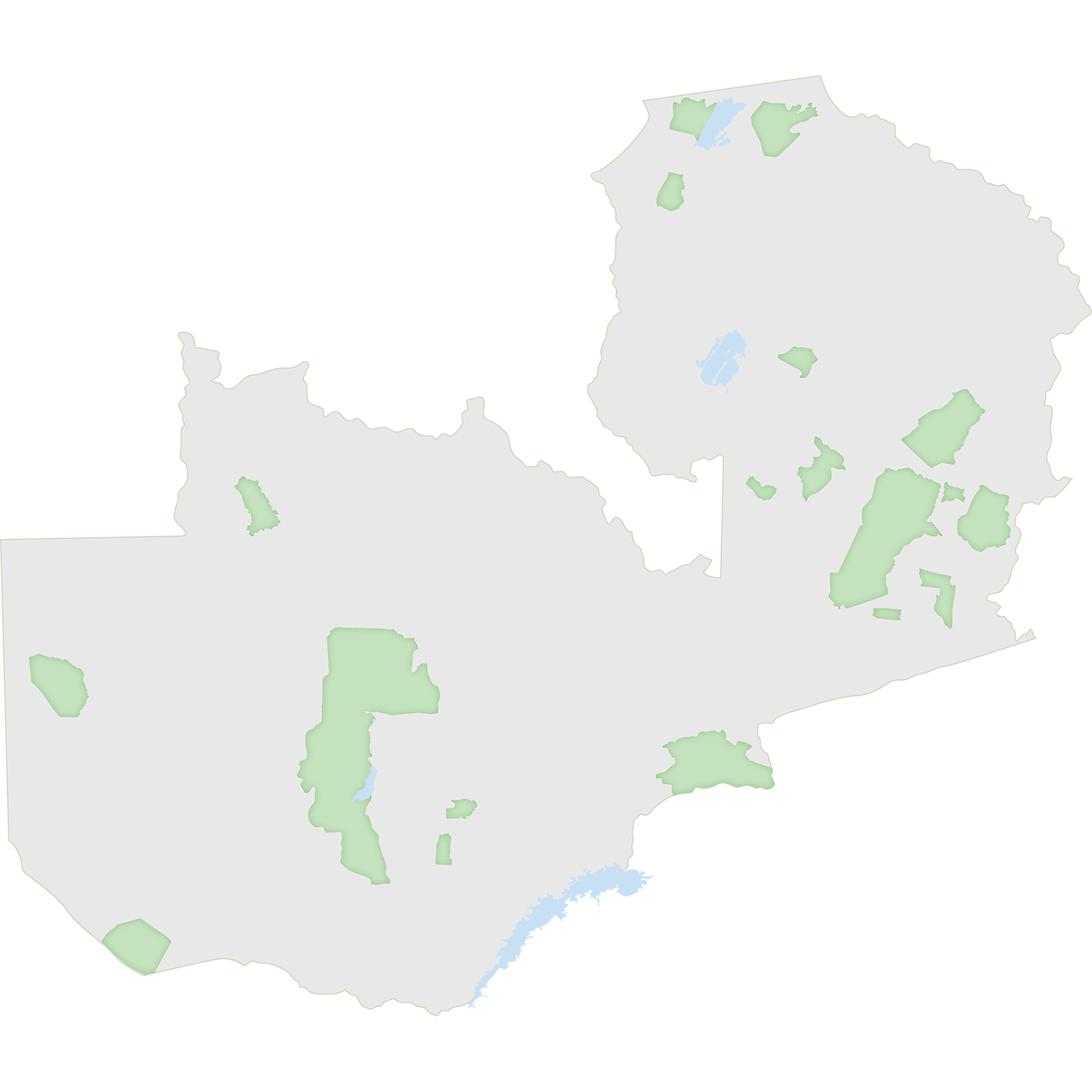 Home of the walking safari and exceptional guiding, Zambia is one of the last remaining wildlife sanctuaries.

Need to know
Wildlife
Season & Climate
What to bring

The people of Zambia are warm, friendly and proud of their heritage. With a variety of different tribes incorporating different languages, traditions, music and dance, you are guaranteed a cultural experience second to none.

Zambia offers a wide range of activities, from adventurous walking safaris, to gentle morning canoe trips down the Zambezi River, enriching cultural interactions with the local communities; to adrenaline-pumping bungee jumping…there really is something for everybody here in Zambia.

With some of the best national parks in Africa, Zambia is an undiscovered gem, rich in life.

It is home to the Big 5, numerous species of antelope, reptiles including an abundance of crocodiles as well as several endemic species such as the black lechwe, Crawshay's zebra and the much loved Thornicrofts giraffe.

January through to March experience the most rainfall of the year,mostly in the afternoon. The days are generally warm & sunny (28C) and the night refreshingly cool. By April/May, most of the heavy rainfall has subsided, the skies are clear, the weather is warm and the nights are still cool. There is the chance of an occasional shower.

The 'dry' season begins in June and is also the onset of winter. The days are normally sunny and pleasant, while the mornings and evenings do get cold (8C).

The winter weather begins to subside by August, with warmer days and pleasant nights. Temperatures begin to rise in September and by October, it is very hot during the days . There can be the occasional shower but it does not last long.

November and December are hot and humid, with the sporadic showers in the afternoon. These can be rather dramatic, with wind, dark clouds and shafts of sheet lightening.

The above is a guideline and it must be noted that weather patterns all over Africa are becoming more and more unpredictable possibly due to global warming.

Make sure to check out our other two unique destinations