Luxury on the banks of the mighty Zambezi River! Sausage Tree offered unique comforts in an amazing bush setting plus exceptional service to match it.

Sausage Tree Camp is set on the banks of the great Zambezi River in Lower Zambezi National Park. With no fences or boundaries, animals freely wander through the camp, offering great wildlife viewing throughout the camp. 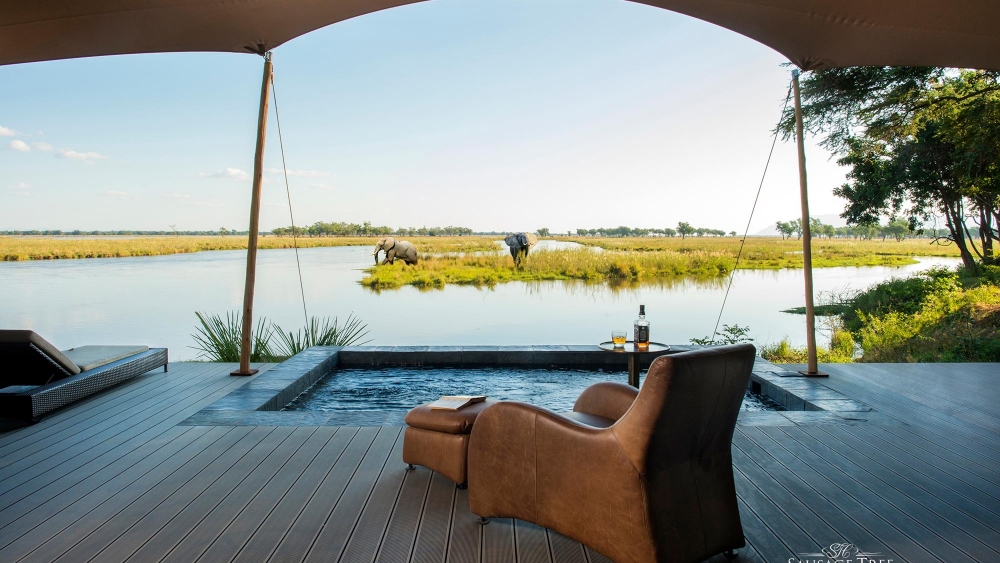 Explore the wilds of the Lower Zambezi National Park onboard a vehicle, led by a highly qualified safari guide.

Nothing beats the feel of the bush underneath your feet as you explore the many highlights of the Park, getting really close to nature.

Canoeing is one of the major attractions of Lower Zambezi National Park. The Chifungulu Channel is a must whilst here! Whether you take an hour or six, you will definitely enjoy.

Relaxing way to enjoy game viewing along the Zambezi River. Make it extra special by going out as a sundowner activity with drink in hand.

The Zambezi is famed for great sport fishing! Tiger fishing is the most popular as they put on quite a show with their strength and spectacular fighting spirit. All fishing is strictly on catch and release policy.

Located on the shores of the mighty Zambezi River, Lower Zambezi National Park naturally enjoys great sightings of crocodiles and hippos plus that of the large water monitor lizard. Also due to location, buffalo and elephant frequents cross between Zimbabwe’s Mana Pools and Lower Zambezi National Parks. Eland, zebra, wildebeest, waterbuck, bushbuck, and kudu have good populations, but impala is the most dominant species of antelope here. Grysbok and duiker are rarer but sighted sometimes. When it comes to carnivores, hyena, lion, and leopard are present. Wild dogs are less frequently seen.

Over 370 bird species have been sighted in this park. These species include bee-eaters, storks, herons, eagles, kingfishers (brown-hooded, giant, woodland, malachite, pied are common). On the river the egrets, cormorants, darters, fish eagles and storks are at play. African skimmers, ospreys, and spoonbills are some of the rare species here. 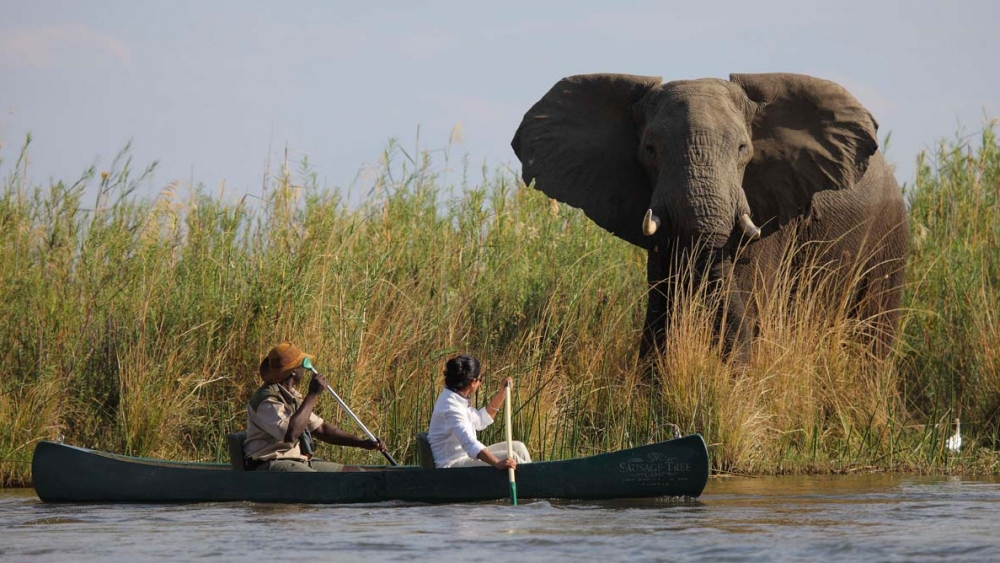