Its Monday and a look behind the scenes

Well, hello there! I hope that you are fabulously well and have had a wonderful weekend but are sitting tight and ready and raring for the week ahead. This week I am going to give you an update on the frantic goings on behind the scenes here in the Luangwa. Well, let me tell you in…

Well, hello there! I hope that you are fabulously well and have had a wonderful weekend but are sitting tight and ready and raring for the week ahead. This week I am going to give you an update on the frantic goings on behind the scenes here in the Luangwa. Well, let me tell you in a perfectly Zambian phrase “eish!!” we are full steam ahead. With everything pretty much having spent the last couple of years on hold, you can imagine just how much fun the Zambian bush has been having taking over. But we have grabbed this challenge with enormous enthusiasm and are running around at a million miles an hour embarking on the challenge of getting RPS back up and running to 100% and loving it.

The question at this point is where to start… Lets go with the workshop where the guys have been non-stop preparing all the game drive seat frames and canopy frames, scraping them down ready for Adriano one of our mechanics to paint. Then once they are painted and dry, they went their merry way across to mainstores where the tailoring team are frantically preparing all the new canvas covers for them before handing them over to our storesman Lottie to do the final job of putting everything together. Meanwhile we have the M’dala (endearing term for an older gentleman) and his team working on a few of the cars which are really being given the five-star treatment with a fresh coat of paint. 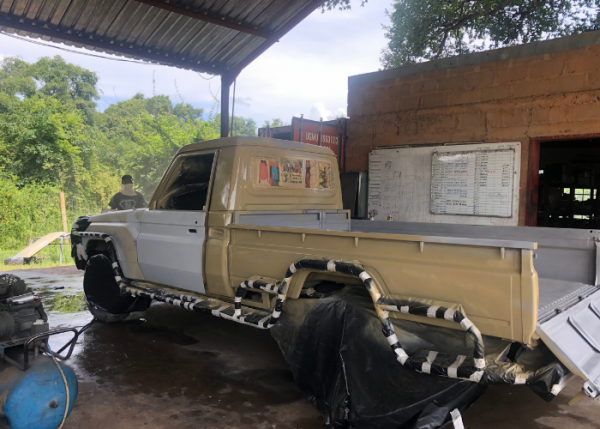 Meanwhile the mechanics have been booted out of the workshop due to the painting process so are busy fixing the tractor and harrow so that we are able to start putting in all the roads as well as getting the Samil 50 truck up and running. The Samil 50 is needed for its core duty at the Mobile Walking Safaris but also has a special mission up to the Kawaluzi river carrying the Nkwali Pontoon. Mabvuto and Willie went up to survey the crossing and plan for the challenge and Willie will be getting a team together ready to start on this this week. The road was somewhat of a challenge, but sheer grit and determination saw them get through. Why you might ask are we doing this – well this year mother nature has thrown a real curve ball at us, and we are still getting rain!! We are as surprised by this as you are and are in a panic about getting the roads in, but on a plus the river is still nice and high so we have been able to get Bertram and his team up to Tena Tena to start the process of opening camp. Bertram and his team are going great guns in camp starting to scrub everything back before we start repairing and painting everything. They have done a sterling job at starting this, but they certainly still have a long way to go. You will also be delighted to hear that it is not only Bertram doing his patrols around camp checking on progress, as waking up a few mornings ago they found the footprints of a large male lion who had come through inspecting the progress. 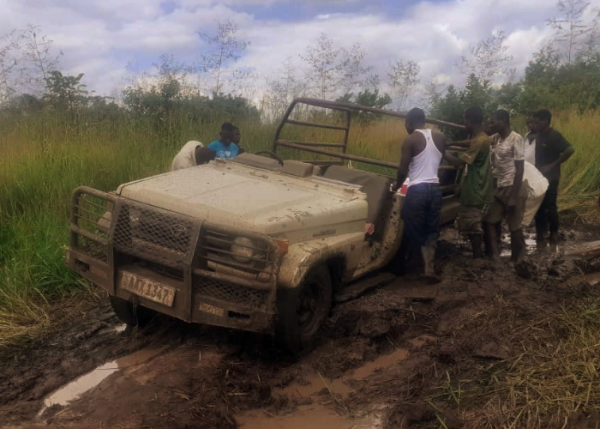 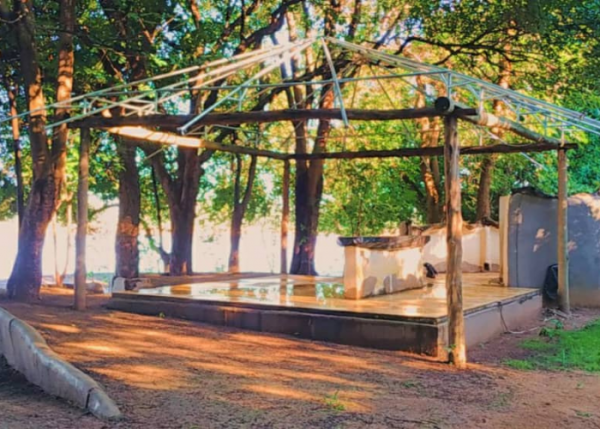 In other updates being one who struggles with sentimental value and not wanting to let things go, when we upgraded the Nkwali bar I refused to let go of the old bar counter even though it was somewhat termite eaten and the wood a little soft in places. After a lot of debate and huffing and puffing I managed to convince a team of guys to work on slicing off the strong top layer into a lovely plank which we will hopefully be using at Luangwa River Camp as our new bar counter there. Speaking of Luangwa River Camp, we are also cracking on over there as well with Daudi and his team having faced quite a challenge as camp was once again flooded this year. This year a few of the rooms were a good foot under water, but none of this has stopped them and they are busy sanding and polishing all the timber work ready to put everything once more back in place to welcome guests in just a few weeks. 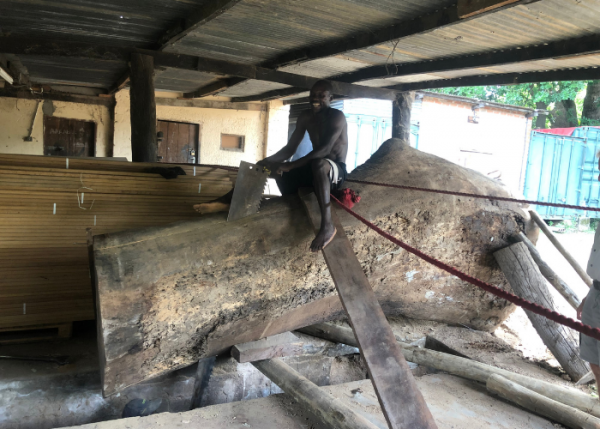 In-between all this, our Easter guests were treated to some fabulous sightings of wild dogs as the big pack in the main area has been seen quite regularly. We seem to have 3 dogs who keep cropping up around Nkwali which is a super big treat. Not to mention some fabulous sightings of saddle-billed storks making the most of good fishing and elephants who as far as I am concerned are an absolute joy to simply sit and watch. The baboons continue to cause absolute chaos around camp and with the mouth-watering smell of freshly baked hot cross buns coming out of the Nkwali kitchen, it was almost as if they were lined up planning their attack strategy. Thankfully only the guests got to enjoy them this time round. 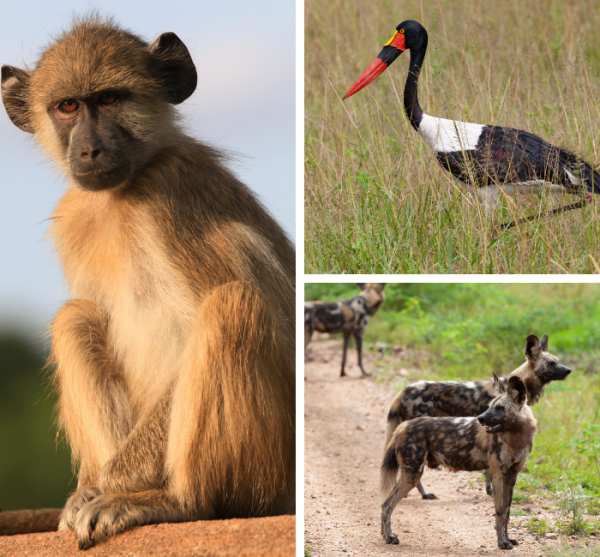 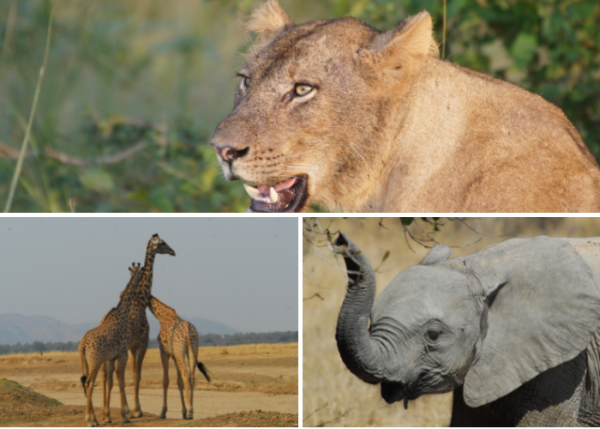 I could continue but I am afraid that for today I think I have taken up enough of your time, so I am going to gracefully say goodbye for this week and hope that you have a fabulous week with plenty of smiles and laughter and don’t forget to look after one another.