Its Monday and a rising star within the safari world

Well, hello there! I hope that you are fabulously well and cracking on with the week ahead. Here in the Luangwa the seasons are definitely changing as jumpers have been dusted off and are now being worn in the mornings; and the best thing of all (in my opinion) is the decline in the humidity…

Well, hello there! I hope that you are fabulously well and cracking on with the week ahead. Here in the Luangwa the seasons are definitely changing as jumpers have been dusted off and are now being worn in the mornings; and the best thing of all (in my opinion) is the decline in the humidity levels. The lush green grass is losing a little of its lushness and the impalas have most definitely started the rutt, the bush babies are bouncing around with extraordinary vigour. The Hueglins Robin (or if you prefer its new name which is White-browed Robin Chat) who lives in the bush outside our bedroom window is whistling in the beginning of winter with some slightly unwanted 5am enthusiasm. Lastly, the banded mongooses have come out of hiding and are now rushing around through camp chirping away and showing their youngsters just how much exploring is actually possible. 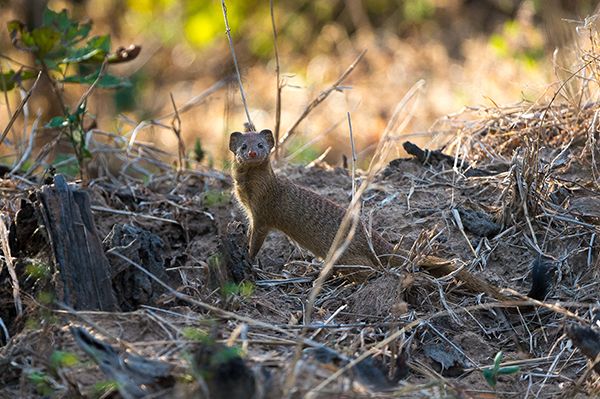 In other news from inside the camp, the wildlife is getting rather used to the change in pace from previous years. In the last week we have had lions chilling out on the doorstep of one of the staff houses, elephants snoring propped up against the termite mound by the office and a Pels fishing owl stopping by the Nkwali lagoon to see if there were any treats for the taking! We have been seeing a trickle of guests since Easter, which has been wonderful, and they have had some lovely sightings. It’s been everything from sacred Ibis fishing and freaking out if they caught something too big, to being held up leaving the park as there was a leopard walking across the main bridge. The elephants have started trickling back to the area and are doing a fabulous job of showing us where the ground is still a little too wet by leaving enormous squelchy footprints in the ground. The footprints are going less and less deep into the ground showing us that it is quickly drying out and as a result we are getting ready to start putting in the roads behind Nkwali, so that we can at long last get out into the bush behind camp to explore and see who is hanging out in the area. 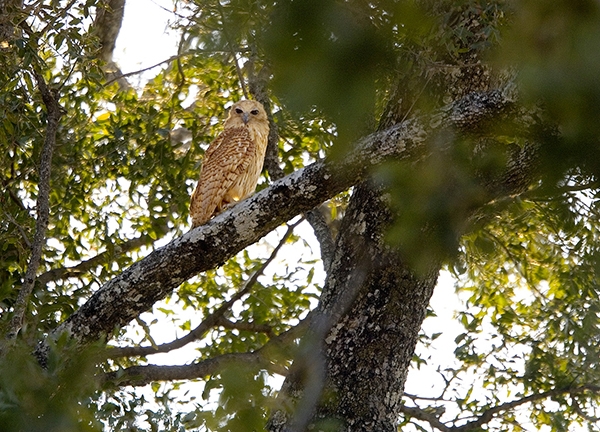 On the rather official HR front, we have some extremely exciting news to share with you all about one of our guide John Mphasi. He started his life off at RPS as the gardener at Robin and Jo’s house, but it wasn’t long before he was out spotting on night drives at every single opportunity. We eventually gave up trying to keep him in camp and started training him to become a guide. Over the last few years, he has gone from strength to strength passing his driving licence a few years back and just last week passing his walking licence with flying colours. He has been doing his training under Bedrock Africa with assignments and training spread over the last year as well as plenty of walks in the game management area under the watchful eye of Kanga, to get used to being out in the bush and guiding on foot. We are so pleased and proud and now all we need is for the guests to start flooding back to give him a chance to take out some walks. Although I hate to say it, I think that there will be a bit of a fight between the guides as they will all want to be out walking in the park! 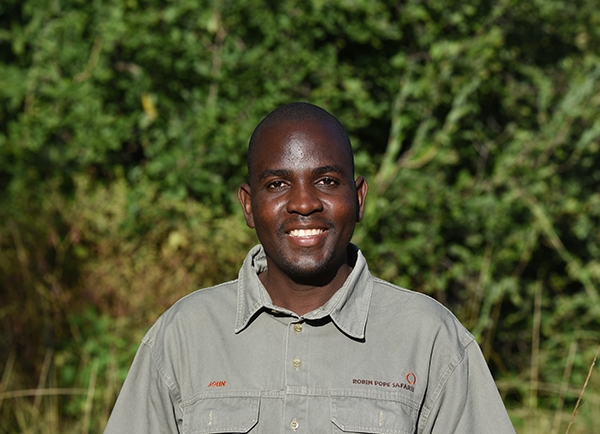 Other than that, Yona has just had the most wonderful safari with some guests at Luangwa Safari House but I am going to leave you all hanging on that one and give you the full low down next week. So, between now and then I hope you have the most fabulous week ahead with plenty of smiles and laughter and don’t forget to look after one another.