Its Monday and a watery week in Malawi

Well, hello there. I do hope that you are well and sitting ready for this week’s somewhat chaotic update from the Malawi team, so without further ado, across the border we hop. “It’s been quite a trying time here in Malawi as Cyclone Ana hit the Southern area of the country last week Monday leaving…

Well, hello there. I do hope that you are well and sitting ready for this week’s somewhat chaotic update from the Malawi team, so without further ado, across the border we hop.

“It’s been quite a trying time here in Malawi as Cyclone Ana hit the Southern area of the country last week Monday leaving a trail of chaos and destruction in its path. There is water everywhere, with up to 600mm of rain falling on some nights. 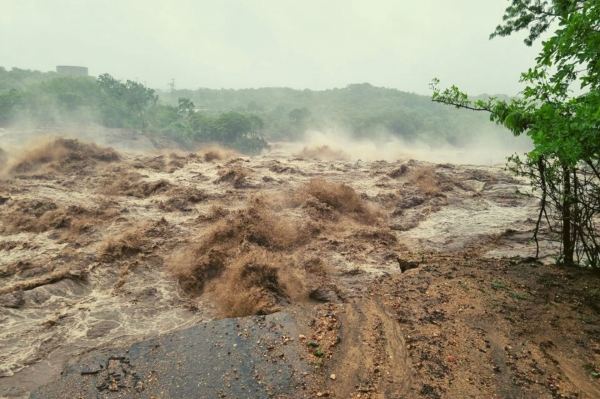 While Pumulani (on Lake Malawi) has been unaffected, Kuthengo Camp (Liwonde National Park) and Mkulumadzi Lodge (Majete Wildlife Reserve) unfortunately are a different story. Both the latter are located along the Shire River which has burst its banks leaving a rather watery wonderland which we’re not used to seeing. Mkulumadzi Lodge has suffered the most in the wake of the storm and while we are currently unable to assess the full damage until the water recedes, we know that so far at least 5 out of the 8 chalets have sustained some damage as well as our swimming pool and main area. Kuthengo Camp got away unscathed, with just a few trees displaced and small damage to the boats.
Both properties had closed on the 7th of January for their annual maintenance and so we are grateful that there were no guests in camp and that our staff are all safe and sound. 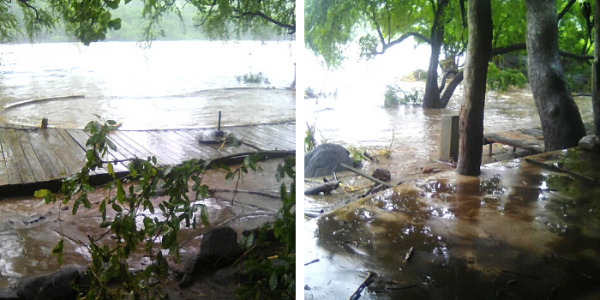 African Parks who manage both Parks where Kuthengo and Mkulumadzi are located have really had their work cut out for them, particularly in Majete where the force of the cyclone was felt the most. John Adendorff (Park Manager) and his team have had a rather interesting week, which included rescuing several displaced animals such as a young crocodile as well as a cheetah who had escaped from the Reserve. 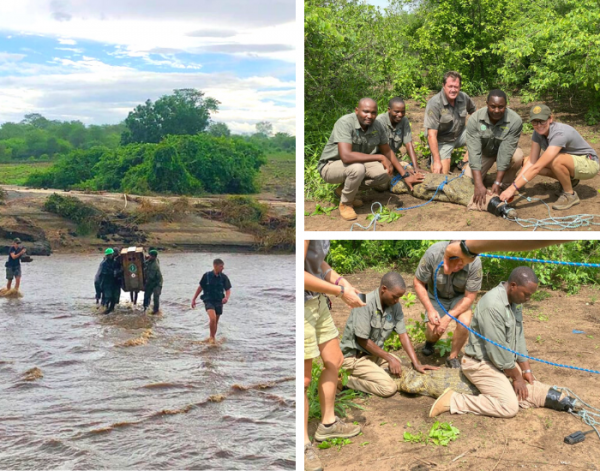 They also provided some much-needed relief to the neighbouring villages with their helicopter as most access roads had been washed away, leaving many villages cut off. 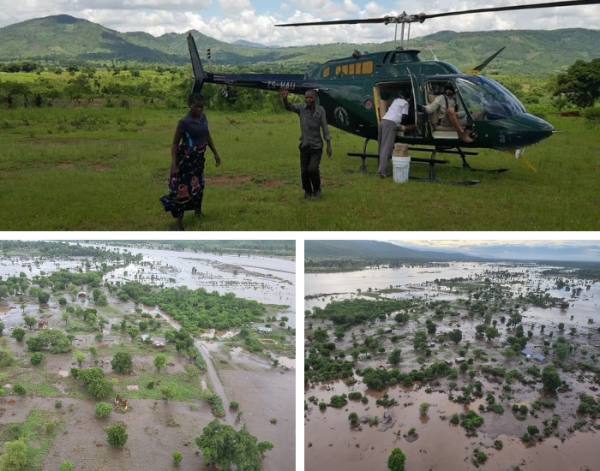 It’s not been all doom and gloom though. With the chaos of the rain came some fantastic sightings as most of the bigger game began to concentrate along the roads which were drier than the thickets. Cheetah, wild dog, and rhino are just some of the animals seen in the past few days. 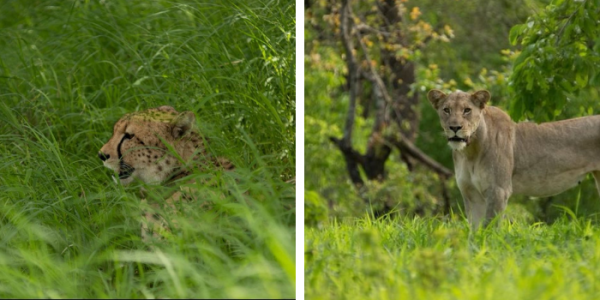 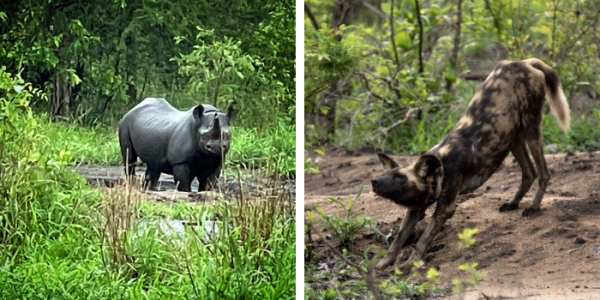 John also shared some fantastic rock formations which emerged after the storm, as the force of the Shire River cut a 10-metre gorge into a previously forested woodland area. 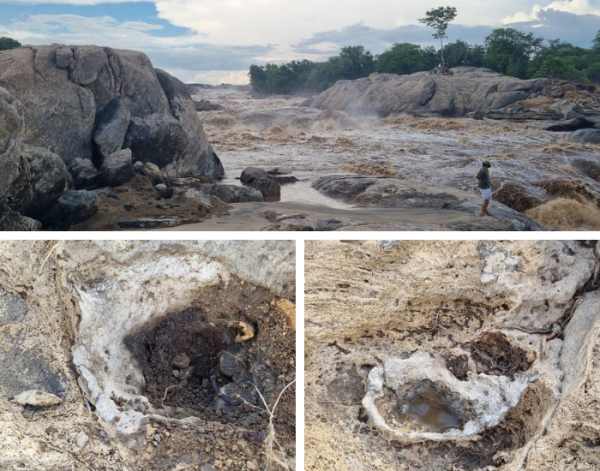 Over in Liwonde National Park, our guide Angel has been in camp at Kuthengo keeping an eye on things and was fortunate to see wild dogs sauntering about right outside his house. This was a first for him as the wild dogs in Liwonde have been quite elusive.
With the storm coming to an end, we now will focus our efforts on Mkulumadzi, and we’ll keep you updated on the progress.”

Meanwhile here in the Luangwa, we have finally received some of the rain that has been hitting Malawi with a couple of big storms. The Luangwa is however still incredibly low, and the team are meandering their way up to Nsefu today to put together a comprehensive list of what they need to get camp ready for the first trip up there in a few weeks’ time. Let us hope that we get more rain between now and then so we can have some fun boating but let us also be very careful of what we wish for as we certainly don’t want to find ourselves in the same boat as the Malawi team.

One last little comment before I sneak off for this week on the simply wonderful elephant sightings. We have been having everything from tiny babies to big bulls wearing some lovely grassy hats. It has just been wonderful to sit watching them against the glorious green backdrop of the bush. 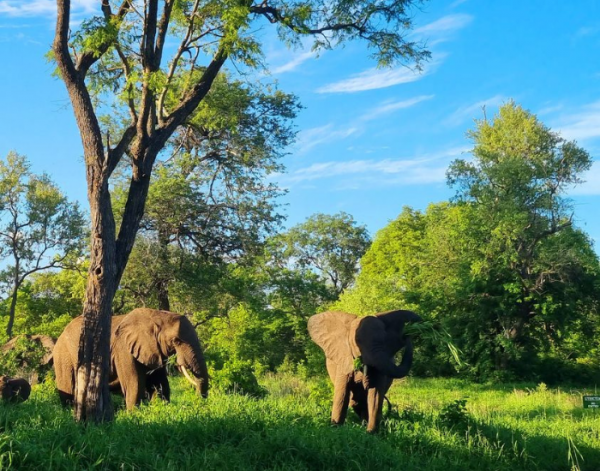 So, with that last little burst of colour and beauty, I am going to bid you all a very fond farewell and have the most wonderful week ahead with plenty of smiles and laughter and don’t forget to look after one another.