It’s Monday and a weekend safari with Kiki

It’s Monday and a weekend safari with Kiki Well, hello there! I hope that you are fabulously well and are relaxing into the new week. Here in the Luangwa, I could tell you about the glorious sight of the river running high, the clear skies with magnificent cumulonimbus clouds with the blue/black undersides and the golden…

It’s Monday and a weekend safari with Kiki

Well, hello there! I hope that you are fabulously well and are relaxing into the new week. Here in the Luangwa, I could tell you about the glorious sight of the river running high, the clear skies with magnificent cumulonimbus clouds with the blue/black undersides and the golden light shining on the distant Chindeni Hills. But before I digress too much, lets head out on a quick safari with Kiki who recently had some wonderful sightings with some guests at Robin’s House. 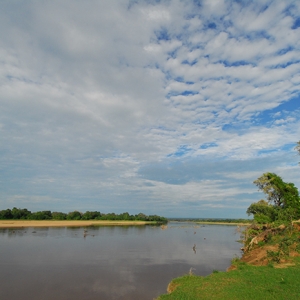 This time of the year our safaris are rather fluid in terms of timing as we want to go out as much as possible but don’t necessarily want to get too wet. When the pitter patter of rain starts at 4am Kiki has the perfect excuse for a slightly slow morning but he more than made up for it once the rain had stopped and he got out into the park. A slightly slippery start to the first morning didn’t deter him and off he went to see what the bush had to offer. He was not disappointed as some 15 minutes into his game drive he came across 4 hyenas just taking a slow morning, but one of them suddenly stood up for apparently no reason whatsoever which scared the other 3 who then pelted off into the middle distance. Not entirely sure what happened or why, they all looked very confused. 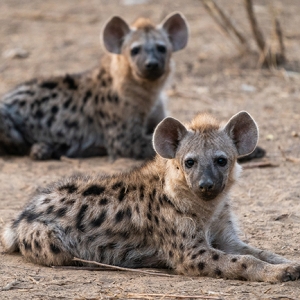 Moving on from the baffled hyenas and onto a very Rudyard Kipling’s story – sitting in the shade of a mopani tree watching a herd of 17 elephants drinking from one of the lovely full lagoons that we have at this time of the year. Suddenly a croc leapt up and grabbed one of the teenager’s trunks. Well, you can imagine the ruckus as the youngster squealed and the entire group acted in unison. First off, the babies and sub-adults moved back, and all the adults ploughed in and heads down and ears flapping went hell for leather towards this crocodile. Well, the croc obviously was not expecting this reaction at all so very quickly let go and swam off while the elephants retreated victorious but a little sore. Just to let you all know the next day they saw the same herd again and the young female who had had her trunk bitten seemed absolutely fine. 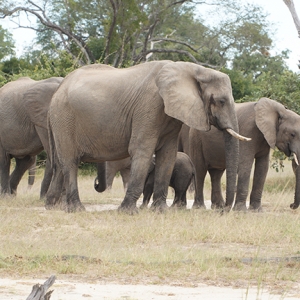 After that it was definitely time for some calmer sightings of giraffes, impalas, zebras and loads of mongooses which are always wonderful to watch. 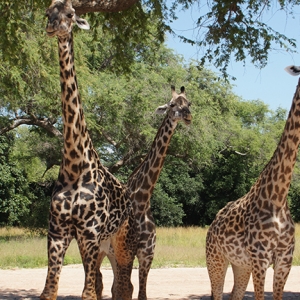 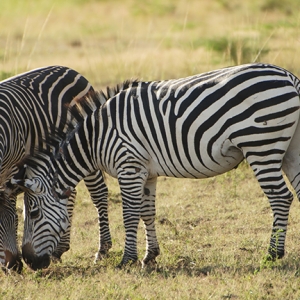 The next few days of safari carried on in a very similar manner with some incredible sightings of up to 50 vultures on a buffalo carcass. Lots of fresh lion tracks after the rain which made finding them pretty easy – although they only saw one of the females as the rest of the pride were hidden deep in the thick green bush. The evenings were also littered with the calls of lions and the barking of the baboons. The birdlife has been incredible with sightings of knob-billed ducks, bishops blazing red across the tall green grass, woolly-necked storks, European Stork, and an incredible number of African Cuckoos which are usually quite difficult to spot. 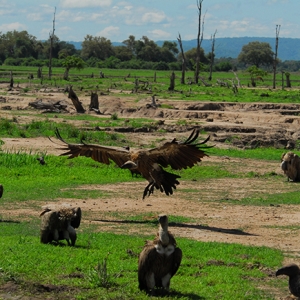 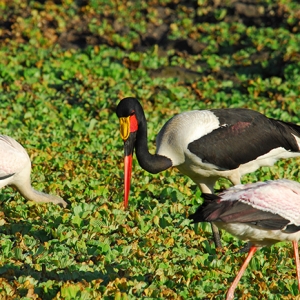 So, as you can see there is really no stopping us, and the wildlife is certainly proving to be very impressive indeed. On that note, I think that I don’t need to waffle on about the weather anymore so I shall just bid you a very fond farewell with plenty of smiles and laughter and don’t forget to look after one another.