Its Monday and a wildlife fiesta in the Luangwa

Well, hello there! I hope that you have had a truly wonderful weekend with all sorts of fun and games. Here in the Luangwa, it has been a very busy week, so let us not delay and instead dive straight in. Down at Nkwali we have literally been inundated with elephants in and around camp…

Well, hello there! I hope that you have had a truly wonderful weekend with all sorts of fun and games. Here in the Luangwa, it has been a very busy week, so let us not delay and instead dive straight in.

Down at Nkwali we have literally been inundated with elephants in and around camp and getting from point A to B has been quite the challenge to say the least. Thankfully the continuous stream of mongooses and warthogs in camp don’t cause quite such a predicament, but one of our night watchmen certainly got a fright on Friday night when he was doing the 2am patrol and came across 3 lions coming from Robin’s House. Saw 3 lions as didn’t hang around to see if there were any more and was rather grateful for camp only having a couple of rooms occupied and so dashed into one of the rooms and waited for them to saunter on past. 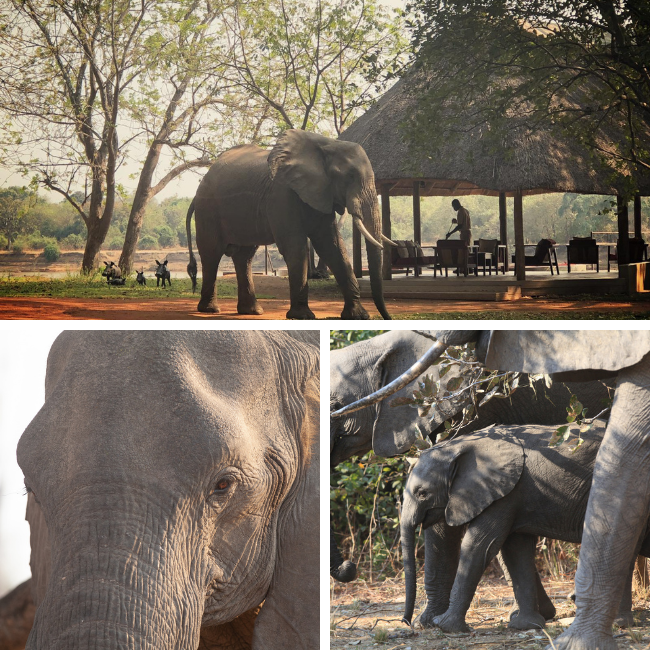 The game drives have been as busy as camp has, with leopards, lions, and lots of plains game but its Nsefu which is really in the spotlight this week. Sit back and wait to be made insanely jealous with just a few of the latest sightings.

As some of you might know this time of the year is a magical time of the year for wild dogs because it’s when we tend to see puppies; and this year the Milyoti pack has really treated us. When the pups are small, we make sure that no one goes near the den as we don’t want to disturb them so as they denned right next to the road this year, we blocked it off and put in a detour and there were no more sightings of the puppies. The adults though have been very active as plenty of food has been required for their eight growing youngsters. At the beginning of the week guests were having sundowners on the banks of the river when straight past them blasted an impala running for its life away from a dog who was chasing it. At this point the impala took a decision that many would consider mad, it leapt into the Luangwa and swam across. Guests and guide were aghast at the sighting. The dogs realised that swimming across a croc infested river was a particularly bad idea so headed off; the impala then decided to swim back! This must be one of the luckiest impalas in the Nsefu sector right now. Then a few days later something even more special happened. The guests were sitting watching some of the wild dogs when out from the bushes bounded the pups. The car stayed put as this was something not to be messed with as it was the first time the pups had properly ventured into the open. Patience paid off as the pups came right up to the car looking at it curiously before heading off into the bush. I mean really, nothing that can be said except for WOW! 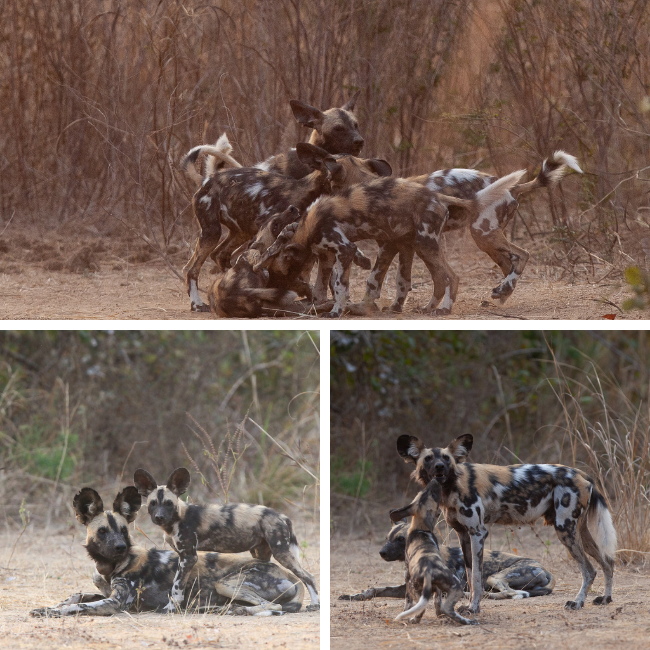 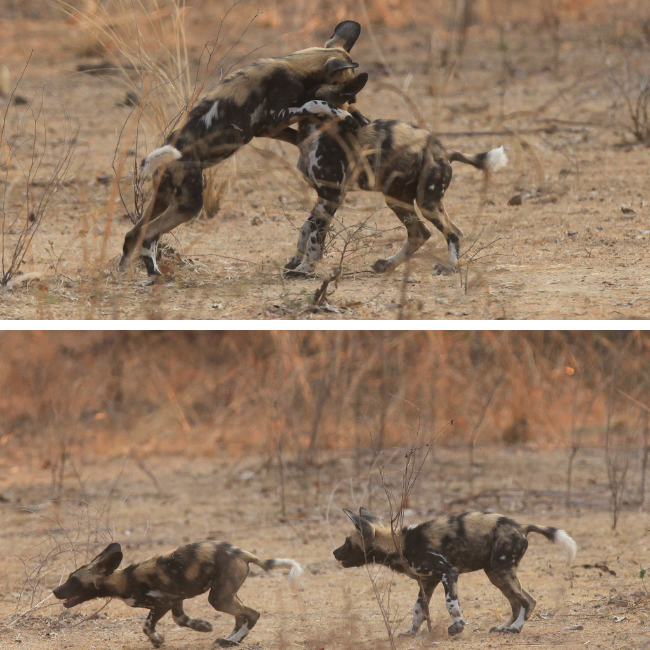 Given these sightings let us move on from wild dogs and throw some other phenomenal sightings into the mix shall we. How about leopard with cubs playing up a tree together – how does that sound? And we have in fact had two sightings of this once up at Nsefu and another time down at Nkwali. Whilst I am insanely jealous of such a sighting, I am also going to put into the mix that I have finally broken my 2-year spell of not seeing a leopard with a wonderful day time sighting of a female leopard up in the Nsefu sector who was then later joined by a male. Thankfully I had my camera with me so that I was able to prove the fact. 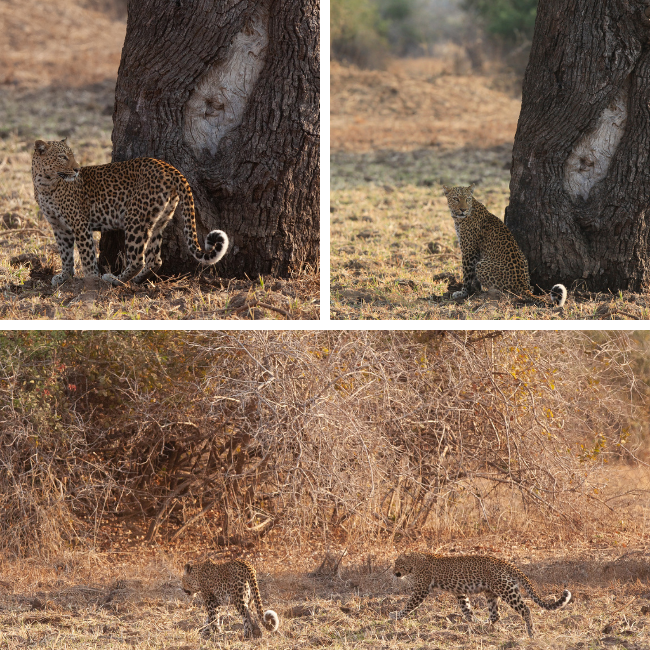 We must also not forget the birds and plains game with the usual pleasure from lilac breasted roller sightings, spoonbill storks and plenty of impala, puku, kudu and zebra dotted around. It really has been a wonderful week of sightings; we have been thoroughly spoilt! 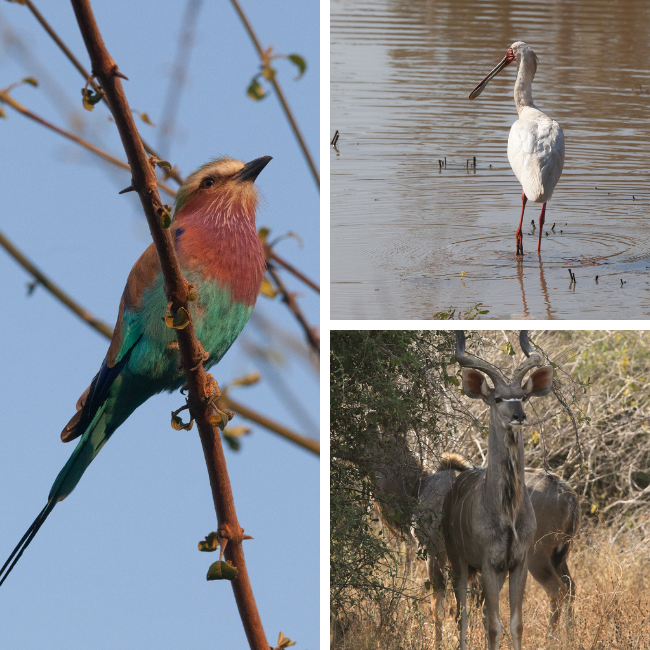 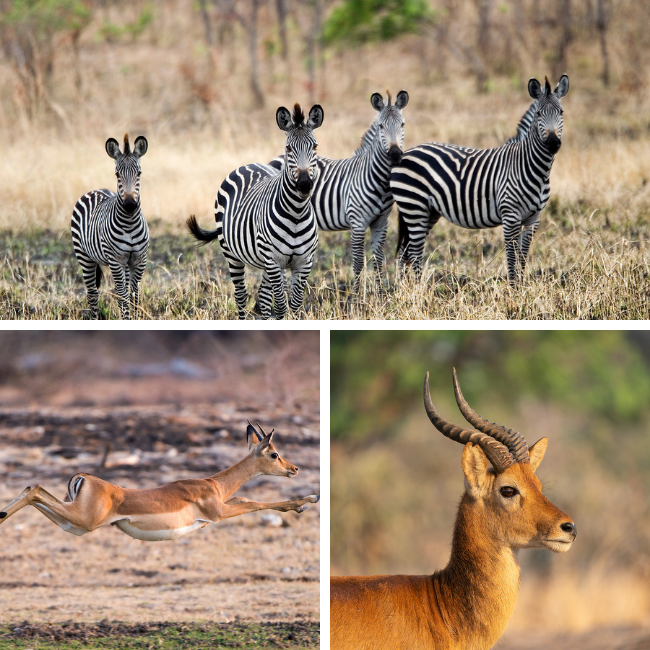 Goodness knows what we will have for you next week, but I certainly hope that it will be as equally as impressive. For now though I am going to bid you a very fond farewell and hope that you have a fabulous week ahead with plenty of smiles and laughter.