It’s Monday and all animals big and small

Well, hello there. I do hope that you are fabulously well and have had a lovely weekend and looking forward to an excellent week. Here in the Luangwa, we have had another wonderful week with so many splendid sightings of literally everything… big and the small, the fierce and the vulnerable; it’s been all go….

Well, hello there. I do hope that you are fabulously well and have had a lovely weekend and looking forward to an excellent week. Here in the Luangwa, we have had another wonderful week with so many splendid sightings of literally everything… big and the small, the fierce and the vulnerable; it’s been all go.

The teams have been super busy making sure everything is spick and span in the camp while the guides have been putting their best foot forward and showing the guests all the wonders that the Luangwa has to offer. Before even heading into the park, the journey into Nkwali provides some incredible sightings. We have a female giraffe in oestrous and all the local males have headed over to see her and compete as to who can win her affection. Whilst sitting under a lovely shady tree the guests watched as one relatively small male was pursuing the female whilst all the other male watched on. Then in came a big dark male pushing him out of the way and chasing him off. Incidentally the female also took the opportunity to get a little peace and quiet while the males were distracted and sauntered off into some thick bush, but alas, she was not left alone for long and the game started again. 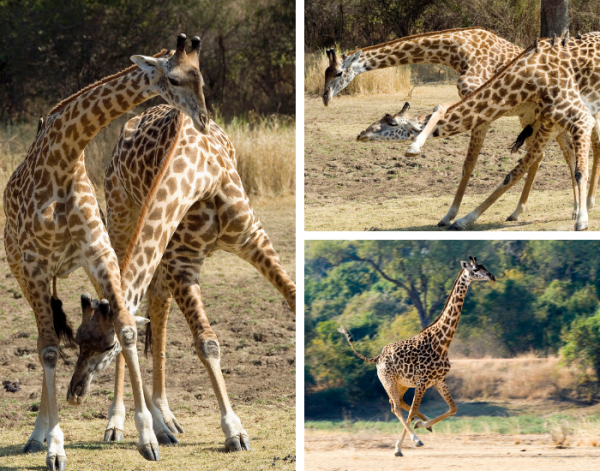 Elephants are breathing a sigh of relief as the water levels have receded and they are not restricted with their wanderings. The cuckoos are out in force, and we have had a few lovely sightings of the European Cuckoo that seems to hang out around Ruben’s Bridge. And to top everything off there was a fleeting glimpse of a pack of 4 wild dogs, the alpha female heavily pregnant, all of them trotting down the road before magically disappearing into the long grass.

In the baboon world they are definitely getting more and more cheeky. The kitchen team have been caught short a few times as they head into the storeroom and a baboon has made it into the kitchen getting away with a bag of lemons and on a second occasion a loaf of bread. All hell then broke loose as the rest of the troop all came in for some of the spoils and they all fought over what turned out to be a crumb each!! One of our resident females has also just had a little baby and whilst this in itself is not unusual what is unusual is to see one literally brand new with very little muscle strength and its umbilical cord still attached. 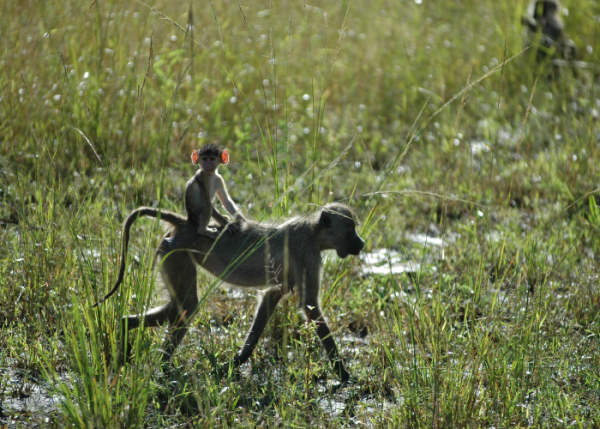 The sightings in the park have been extraordinary to say the least with guests having amazing sightings of lion, leopard, and wild dog but it’s not always the predators that bring the stories back to camp. 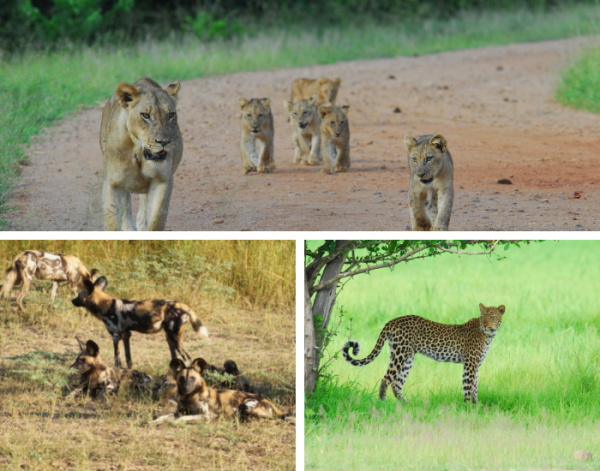 Seeing tens and tens of open billed storks and Sacred Ibis littering the brown silty ground where the water has receded, feasting on the various molluscs in the soft ground is definitely worth spending some time with. 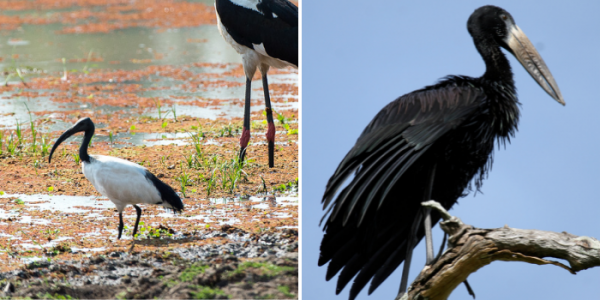 The impala have also been giving everyone plenty of photographic challenges as guests try to get that perfect shot of the impala fully stretched in mid-air leaping over a puddle. Most of the time it’s just watching them gracefully and effortlessly leap into the air, that is worth far more than a photo. 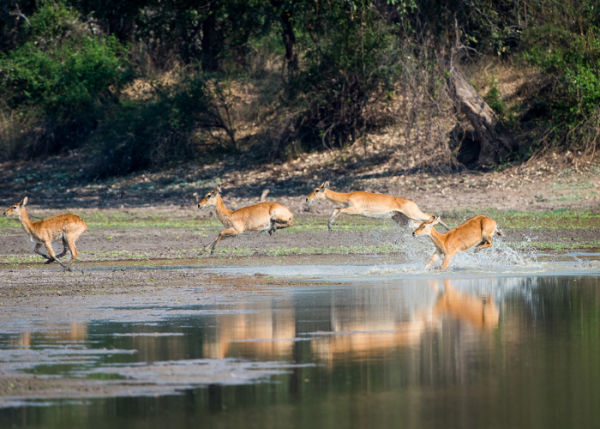 Lastly onto a great interactive sighting, the guides came across a pack of wild dogs who had decided to chase some zebra to get them to run off. The zebra however were simply having none of it and stood their ground determined to keep on grazing, making the dogs incredibly frustrated to the point that they just gave up and walked away whilst the zebras carried on grazing. That’s definitely one for the zebra and also a wonderful story to end this week’s Its Monday on. 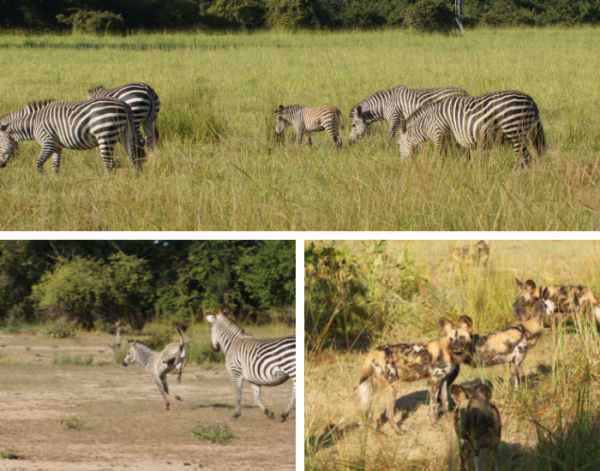 So before I delve into great reams of writing over the weather, the skies and the water levels, I am going to bid you all a very fond farewell and wish you a wonderful week ahead with plenty of smiles and laughter and don’t forget to look after one another.