Its Monday and all systems go at Mkulumadzi

Hello there, I hope that you are well after a lovely weekend and are sitting comfortably ready for this week’s installment. Here in the Luangwa we are still getting a few scattered rainstorms but excellent news is that Willie and his team have popped the pontoon in at Kawaluzi and made it to Nsefu last night. Now it’s time…

Hello there, I hope that you are well after a lovely weekend and are sitting comfortably ready for this week’s installment. Here in the Luangwa we are still getting a few scattered rainstorms but excellent news is that Willie and his team have popped the pontoon in at Kawaluzi and made it to Nsefu last night. Now it’s time for the tractor to get up there and start putting in the roads, so hopefully we will be able to scurry on up there to check on things soon. We shall definitely keep you posted, for now though, we are not listening to my ramblings I am handing you over to Conrad with news from Mkulumadzi. Conrad over to you:

“With shovels in hand and smiles on faces the team at Mkulumadzi Lodge worked against the calendar to get the lodge ready to host our first guests for the season on April 8th. 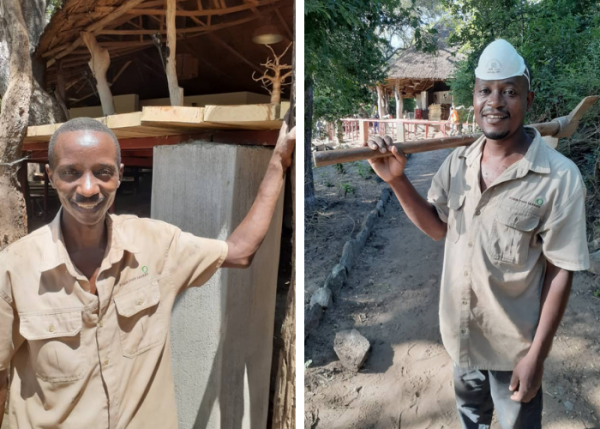 And the calendar, coupled with weather reports, proved to one of our biggest puzzles to solve. You see, Cyclone Ana, which swept through the area late January, literally swallowed the lodge’s pool, restaurant, and footbridge (and a few rooms) up and spat bits and pieces of it out kilometers downstream, never to be found again.

Since then, cyclone warning after cyclone warning ticked off letters of the alphabet one-at-a-time until at last the final one of the season, Cyclone Gombe, dropped 90mm of rain onto our roofs on March 11th. Those warnings meant that all work was left until the very last minute, leaving as little as possible risk of new decking planks and pool pumps again being gobbled up by a torrent of water. Fortunately, none of the cyclones after Ana caused as much havoc in our part of the world and the team could at least continue with the clean-up efforts. 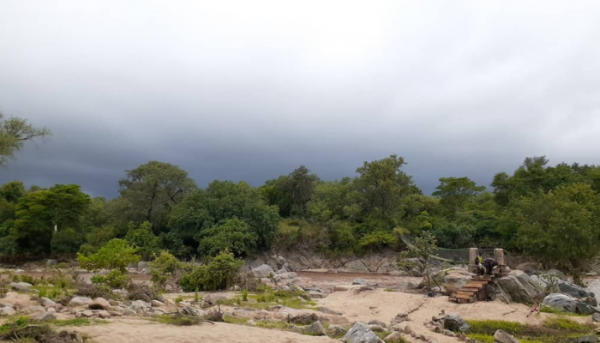 Finally, on March 18th the roads had dried up enough to attempt getting trucks with materials into the lodge to start work. That left us with only 3 weeks, and very little margin for error, to get the job done. But this is the bush and very few things ever go according to plan. Peeling paint, stuck trucks, a few bruised ribs and blue fingernails, our error margins shrank daily. A male lion at the water tanks one afternoon was a welcome distraction to the Mkulumadzi team – less welcome to the team of welders hired in from Blantyre, clearly not used to sharing space with wild animals. 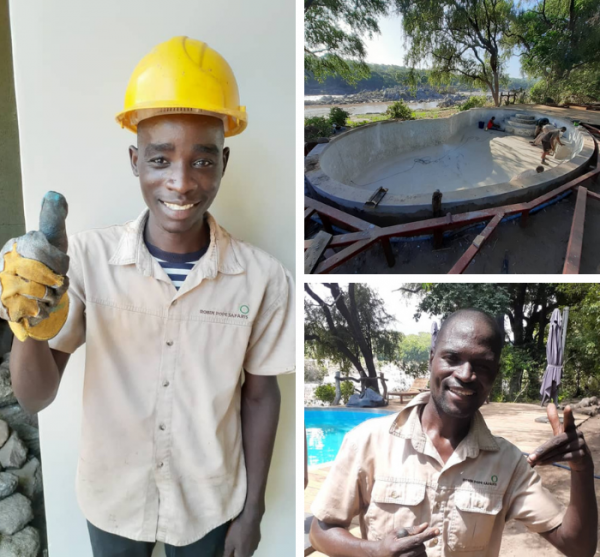 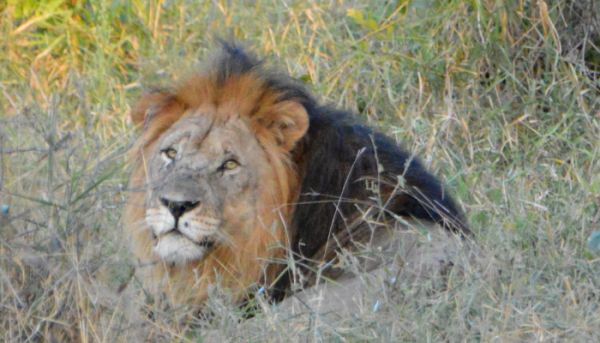 But come April 8th Mkulumadzi opened its doors to our first guests of the season. I’d be lying if I said Tobias, the smallest member of our team, was not hiding under the new restaurant deck, fastening bolts while guests were having tea that afternoon.

After all the hard work, we look forward to sharing our special little corner of Malawi with the rest of the world.” 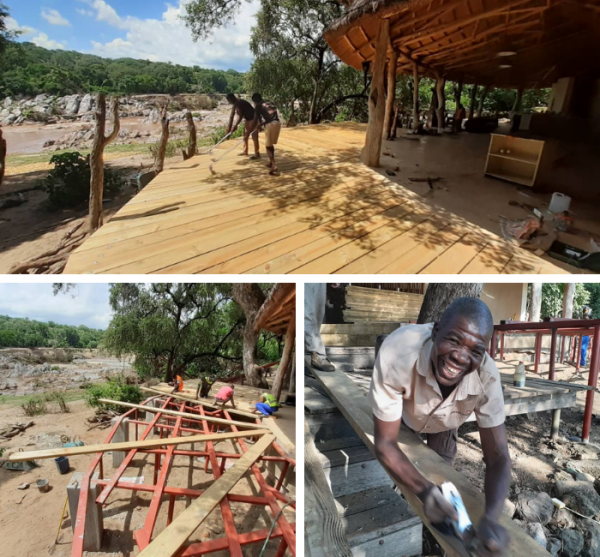 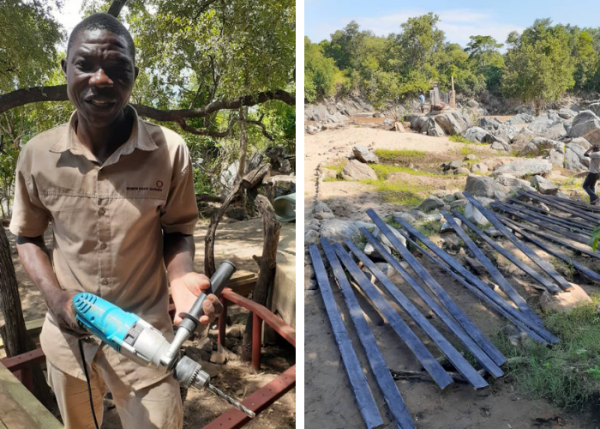 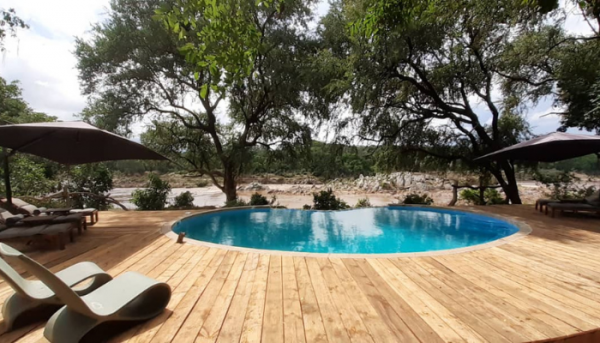 How exciting and well done to everyone at Mkulumadzi for having done such a sterling job getting camp ready and open! We are super excited to hear more from you during the course of the year. Here in the Luangwa, we have been non-stop with guests and they have been having some incredible sightings. The elephants have been slowly coming back into camp and the guests have had lovely afternoons sitting by the pool watching them in the Nkwali lagoon. As the rains have started to ease off our resident mongooses have also been making more regular appearances through camp as they chirp their way around getting familiar with the lay of the land once more. Out in the Park its been non-stop with the impalas as they begin their annual rut and the familiar white tail stuck in the air accompanied by the somewhat ungraceful snorts as the males try to dominate their herd. The woolly necked storks are now few and far between as they get ready to fly off again for the rest of the year and instead, we have the lovely chirps of the Meyers Parrots and oh so familiar Owani call from the crowned cranes. 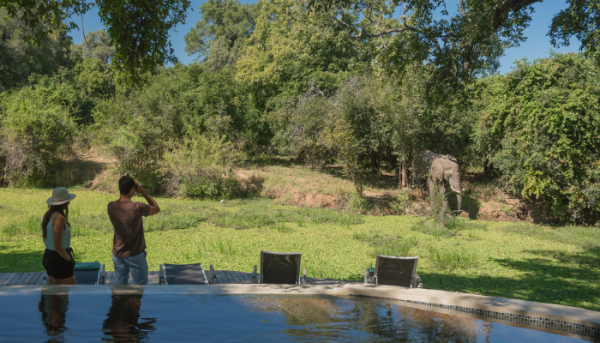 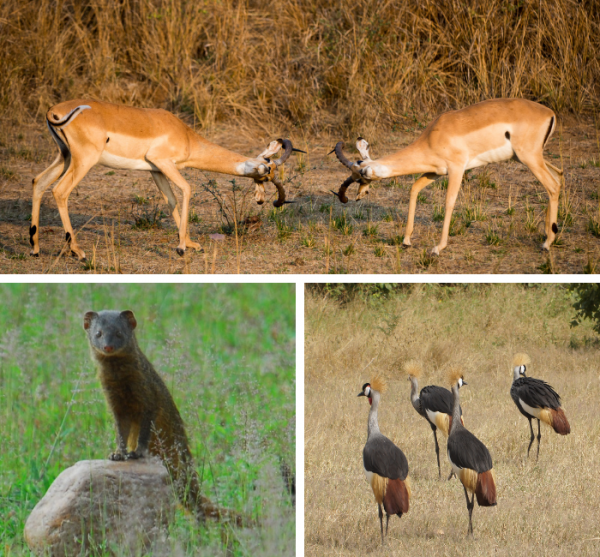 I could continue as really it has been non-stop but let me leave it for this week as I believe I have already taken up enough of your time. So instead, I shall bid you a very fond farewell and hope that you have a wonderful week ahead with plenty of smiles and laughter and don’t forget to look after one another.