Hope all is well and you have had a great weekend! We are well and thriving with the excitement of guests and game drives and also I must admit I am slightly inundated with incredible stories for my weekly newsletter to you all. After 2 years of minor Monday morning panics (I must be honest…

Hope all is well and you have had a great weekend! We are well and thriving with the excitement of guests and game drives and also I must admit I am slightly inundated with incredible stories for my weekly newsletter to you all. After 2 years of minor Monday morning panics (I must be honest with you, sometimes it was a tall order!) the stories from guests are now just rolling in and I am so excited to e able to share them with you. For this week we are hearing from Simon Cousins, who has once again managed to get away from the city life of Lilongwe and escape for a bush fix. As always, he’s had some incredible sightings and images to share with us. Simon over to you:

“A few weekends ago I managed to get to South Luangwa with some colleagues and unsurprisingly the game viewing was amazing. Not one to stay on the beaten track we ventured out on full day drives on both days, heading out along unusual game viewing routes.

As with any trip to the South Luangwa, the general game viewing was incredible – fantastic giraffe and elephants, baboons fooling around and great birding, including a lovely martial eagle with a squirrel kill and the list goes on. But it was the big predators that really put on a show with 7 leopards in total – all posing beautifully for us. 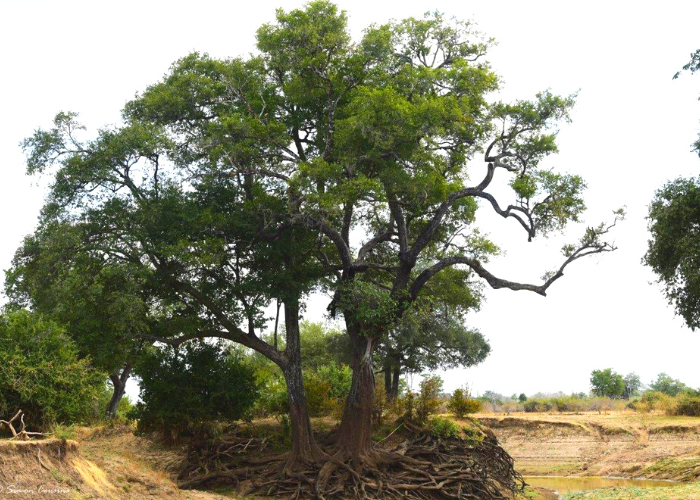 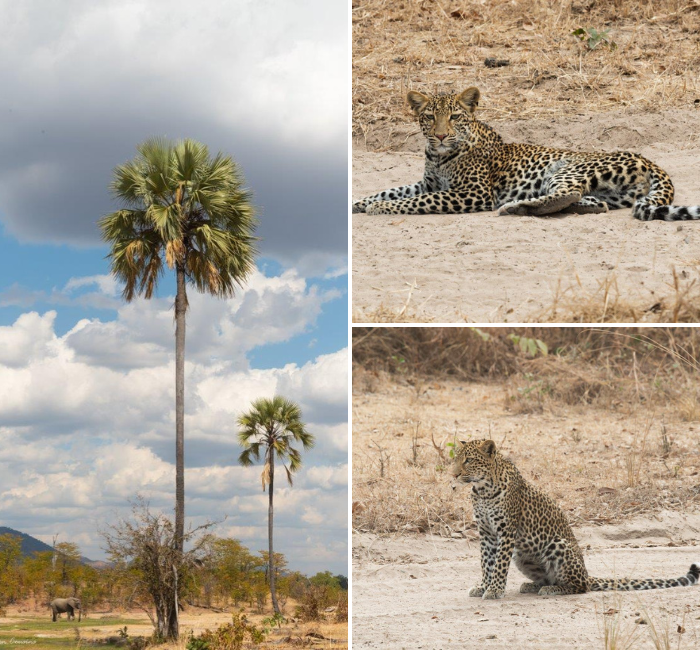 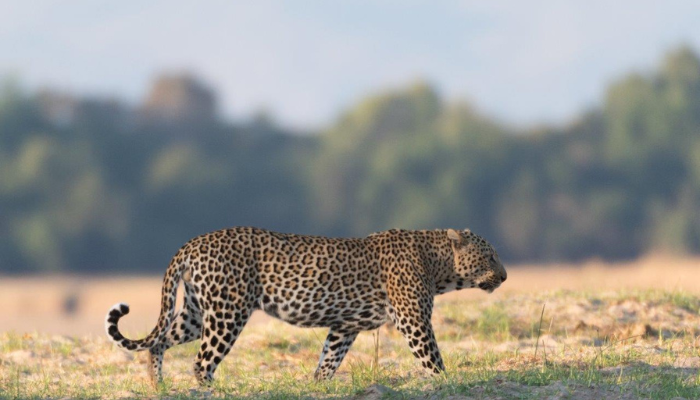 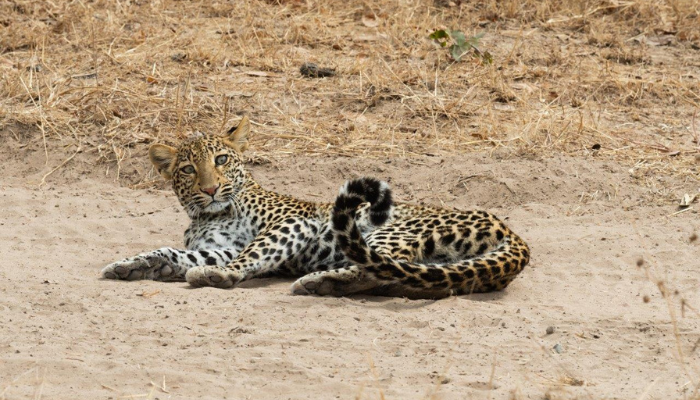 The lions were found along the ‘Geosource’ road, of all places. We were coming down from by the river crossing, and rather than go down the normal route, we crossed over and went up the ‘Geosource’ road with the plan to go down the 05 and come out by Big Baobab. None of the people on the vehicle had ever done this road before and I explained that it was a little different than normal and that we probably wouldn’t see as much as if we had taken the main road back, but they were all keen to see something different. Low and behold we came across this small pride that had literally just taken down a female warthog. We missed that actual takedown by moments. I think this was probably an opportunistic kill with the warthog running onto the sleeping lions but who knows! Note the still born piglets in the foreground of one of the images. 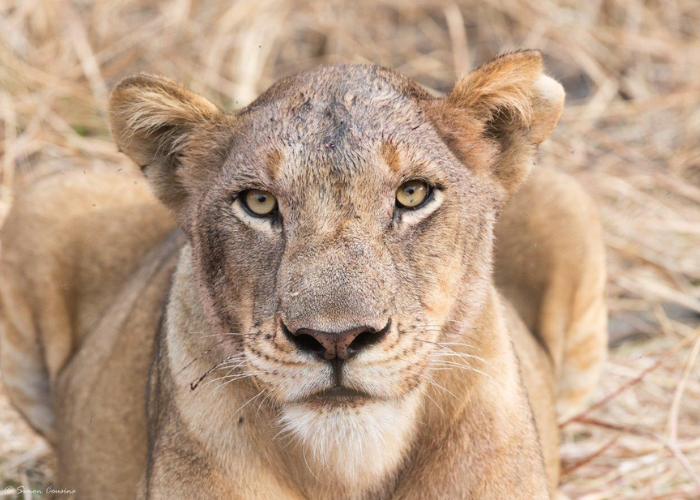 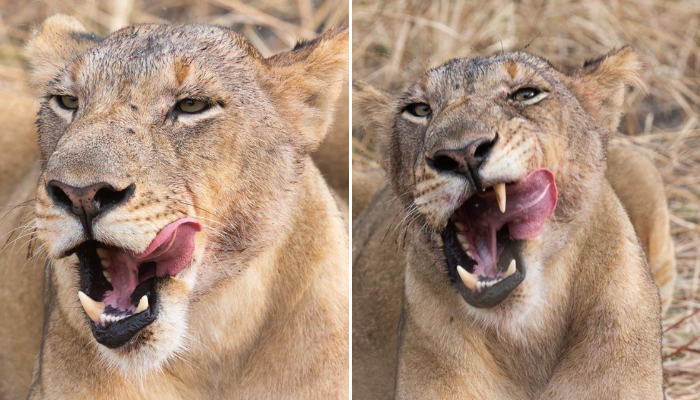 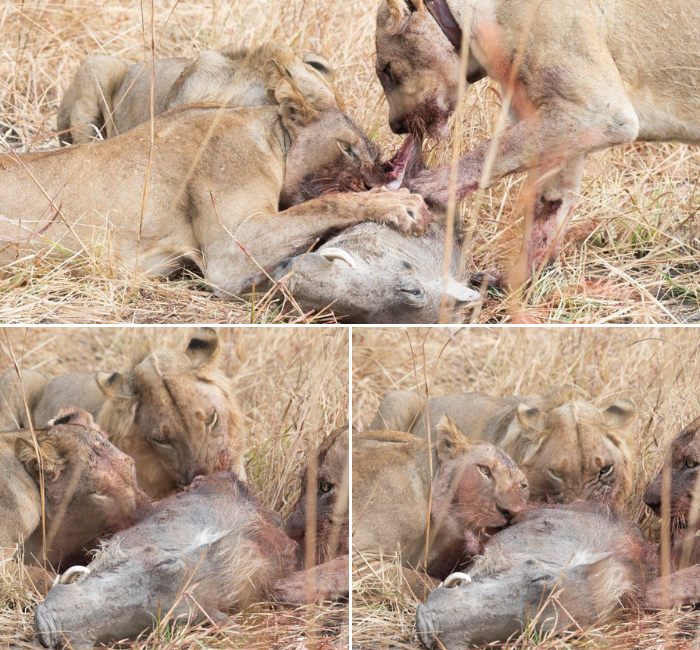 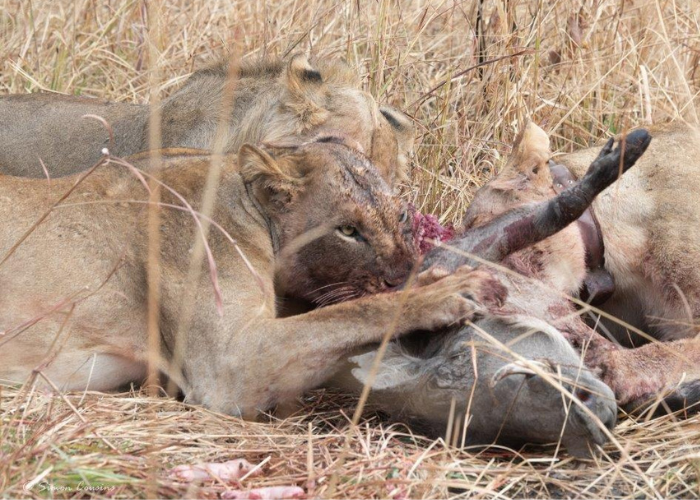 Driving through the wakumba area, opposite Nkwali, as we were heading south, I could tell the dogs were in the area by the general state of nervousness of the animals and the smell of the dogs – you occasionally got a whiff of them! Sure enough, we came across some of the pack on the edge of Wakumba. Just as we got there we heard the kill off to our right and the dogs we were looking at took off in search of the rest of the pack. As we got there 2 hyenas were getting seriously disciplined by the dogs and there was a lot of howling and squealing going on. The hyenas began calling for reinforcements from the rest of their clan but the longer it took the hyena back ups to arrive the less food there was as the large pack of dogs had all but devoured the impala. I noticed that some of the dogs were still quite skinny. One impala does not go very far with that many dogs ! I mentioned to the team that I felt that they would hunt again so we just went and sat on the open plain waiting to see what happened. Sure enough, not 10 minutes into waiting we heard the familiar sound of dogs and hyena’s fighting again – this time on the access road to the Nkwali boat crossing. We got there to find them with a 2nd impala kill. As soon as they polished this kill off, and chased a few more hyenas, they decided that it was now time to head back to the den and they all trotted off with much purpose. 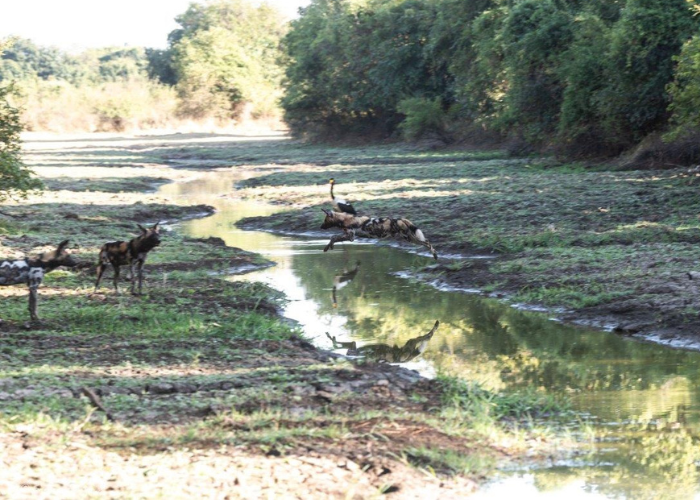 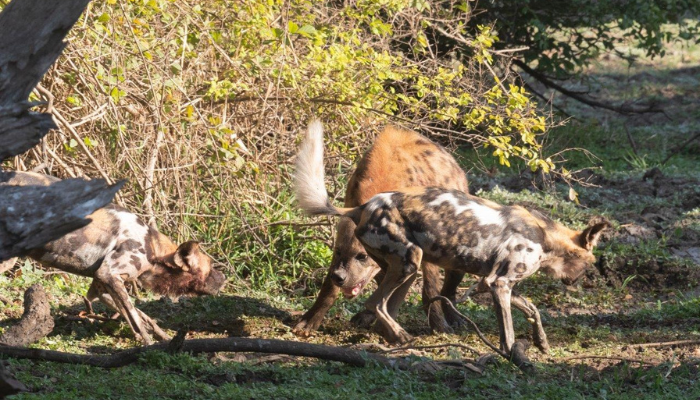 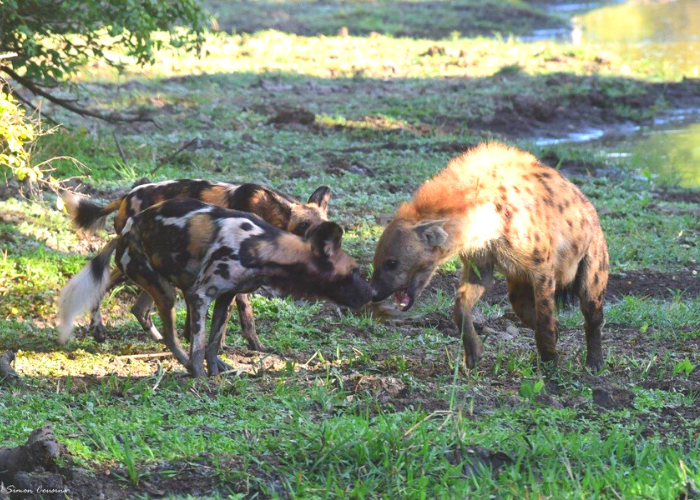 I am sure that in a few weeks’ time everyone will be looking forward to seeing some wild dog pups as they get taken out with the pack. But for now they remain hidden and guides respectfully avoid the den area for fear of disturbing them and look forward to their rewards in the next few weeks.

I am back in the valley in a few months’ time and am already excited but until then I shall fill my bush needs by sorting through my many photographs.”

Wow! Thanks so much Simon what an incredible few days. We cannot wait to see you later in the year and thank you so very much for sharing your trip with us.

My job is now done as I certainly cannot beat that so I shall gracefully bid you all a very fond farewell for this week and hope that you have a wonderful week ahead with plenty of smiles and laughter.