Its Monday and exciting new arrivals in Majete

I do hope that you are all fabulously well and have had a wonderful weekend. Here in the Luangwa well nothing changes in terms of how amazing it is and we are reminded on a daily basis just how lucky we are to live in this little patch of Eden. Today however we are scooting…

I do hope that you are all fabulously well and have had a wonderful weekend. Here in the Luangwa well nothing changes in terms of how amazing it is and we are reminded on a daily basis just how lucky we are to live in this little patch of Eden. Today however we are scooting across the border to Malawi where there has been some exciting developments in Majete Wildlife Reserve where Mkulumadzi Lodge is located. So without further a due, over to you Conrad:

“Imagine counting unleashed dogs in a busy park in New York. 23, 24, 25… Wait, has that big furry one moved or are there two of them? Now imagine counting dogs, cats, and squirrels in that same park. It gets tricky very quickly, doesn’t it? 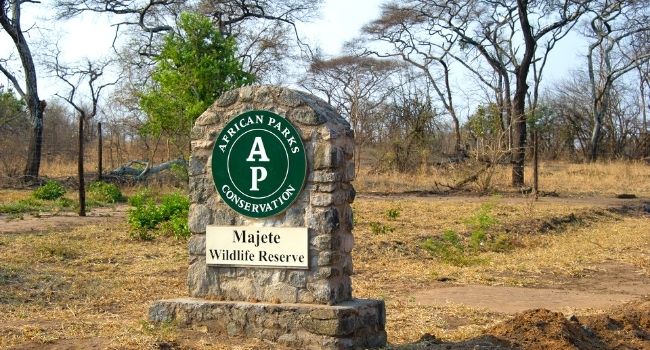 It’s 45°C outside because that is the only time of year the vegetation is thin enough to even attempt a count. It is filled not only with cats and dogs (yes, dogs, but more on that later!) but with elephant, warthog, sable, giraffe, zebra, eland, black rhino, and baboons (the latter of which, thankfully, can be counted as troops and not as individuals!) By the time you’ve counted impala number 1040 you’ll realize that cheetah number four had already eaten two of them… 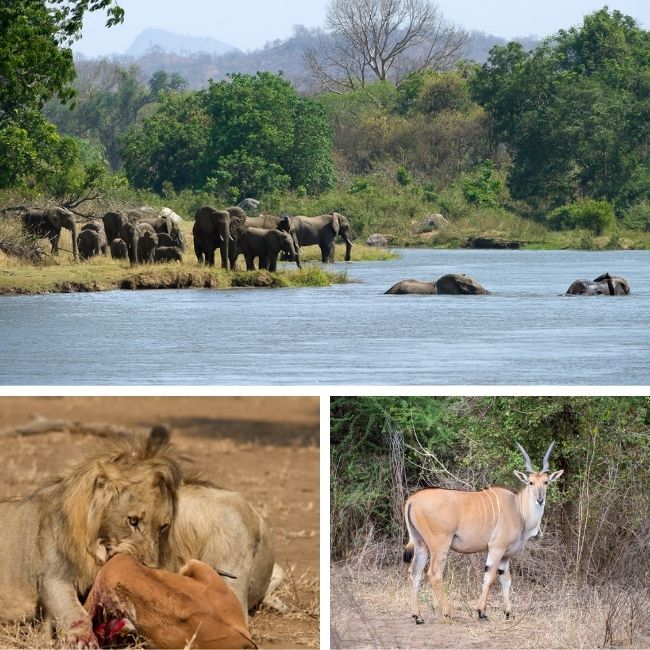 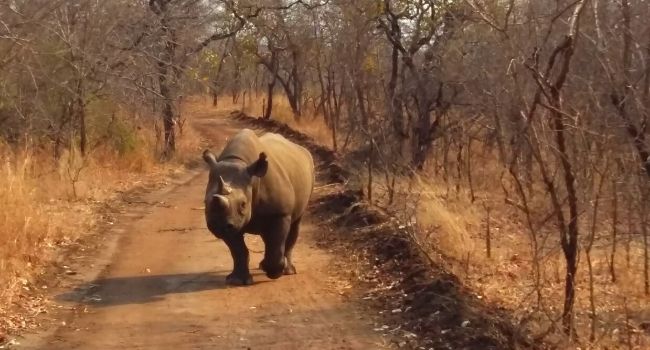 It is a nearly impossible task but one that the Department of National Parks and Wildlife and African Parks set out to do every few years in Majete Wildlife Reserve and Liwonde National Park. The methodology (in case you’re still wondering how many dogs there are in your local park) works as follows: you divide a Reserve like Majete up in to five blocks, each an average of 14 000ha in size. You and a few friends then fly East to West, back and forth in 300m transects, allowing for a 150m counting distance on either side of the aircraft. And then you count and record, klipspringer after klipspringer and kudu after kudu until, after 3,128kms of flying and 33.1hours in the air, you’ve covered all the blocks. Please do not ask me about bathroom breaks because I do not have an answer! 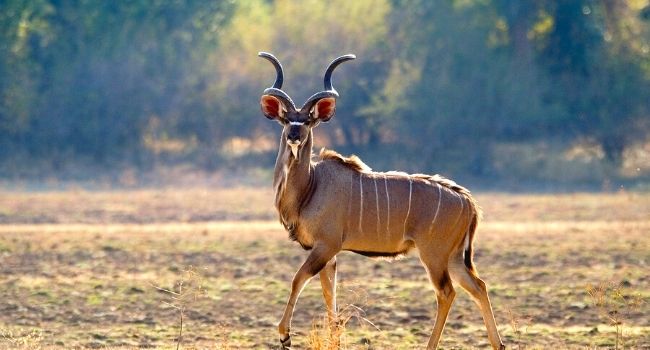 The results, time and time again, speaks to one the best conservation stories currently unfolding in Africa. Numbers of critically endangered species are climbing steadily. Other numbers, like that of zebra for example, remain steady – an indication that the eco-system in these parks have once again started functioning as it did 100 years ago. 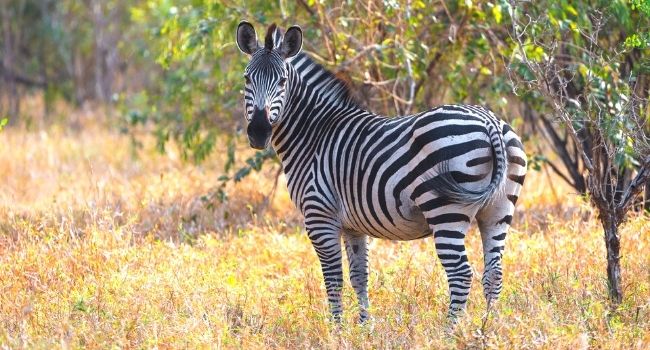 Wild dogs went locally extinct in Majete many years ago with the last recorded sighting of them as far back as the early 50’s. but that’s all changed… Last week Majete Wildlife Reserve received 6 wild dogs, 3 male and 3 female!

Getting them here wasn’t exactly smooth sailing though. After 18 months of planning, the translocation was postponed by several weeks due to Covid-related complications and border closures as well as some political instability in South Africa but we are thrilled that they are finally here! 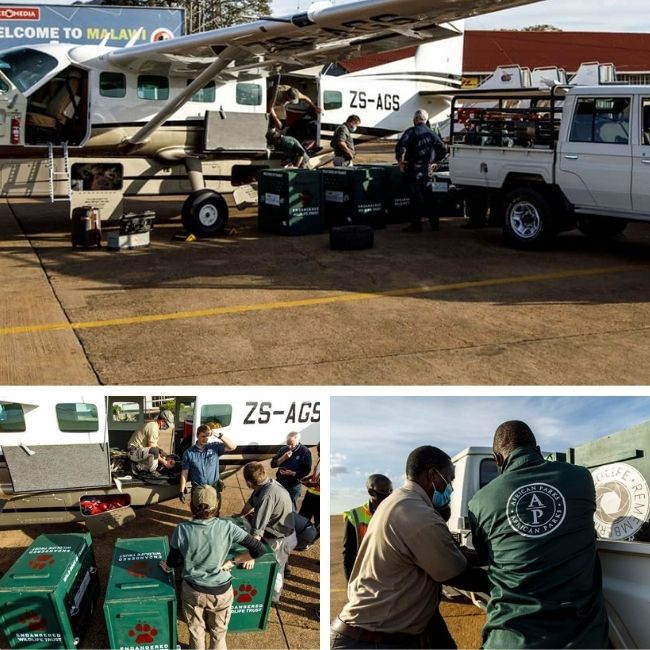 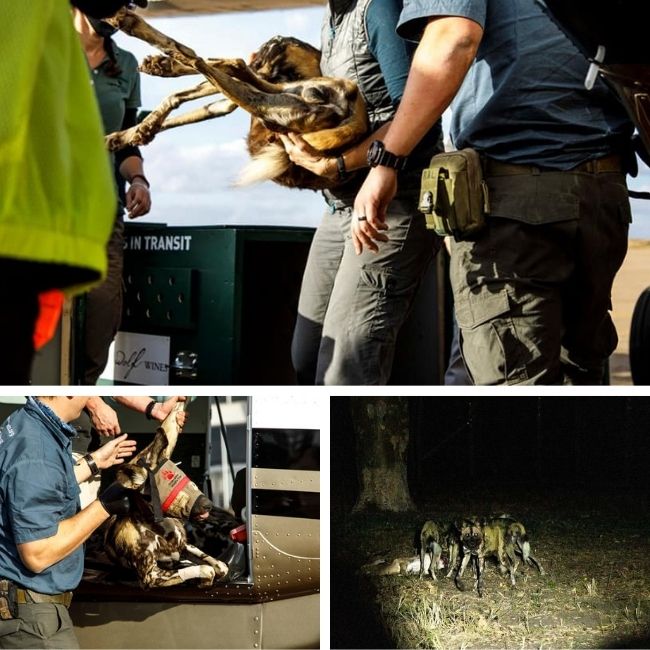 This amazing project to bring the wild dogs to Malawi was a collaboration between the Endangered Wildlife Trust and African Parks, which manages Majete in partnership with Malawi’s department of national parks and wildlife. Since African Parks assumed management of Majete Wildlife Reserve in 2003, the park has been transformed from a wasteland to a phenomenal wildlife sanctuary! 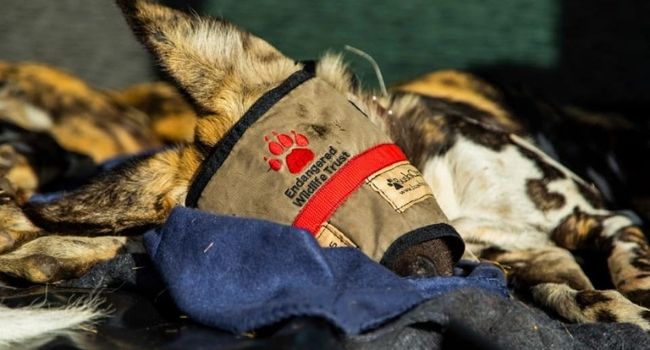 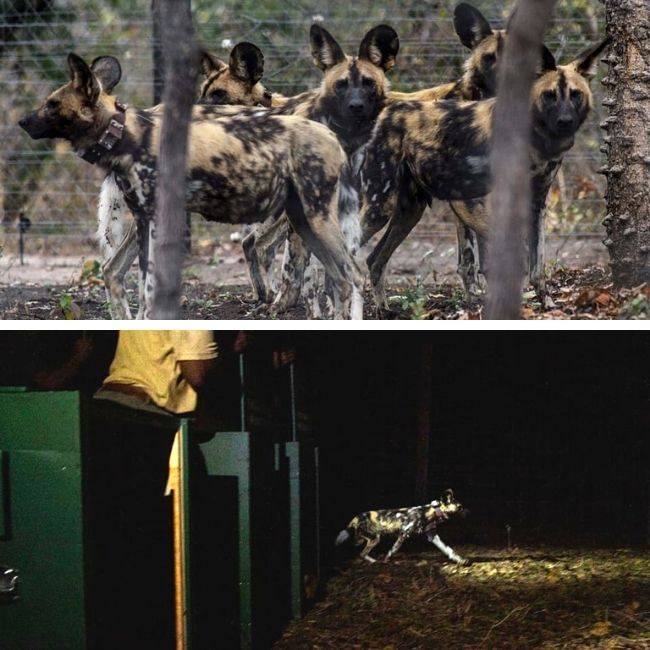 We are so privileged to be part of this incredible conservation success story, having operated Mkulumadzi Lodge in Majete for the past decade!”

Wow what fantastic news Conrad, thanks for sharing it with us, and we look forward to hearing more about the dogs and their progress.

On that note I shall say a very fond farewell to you all and will look forward to chatting to you all next week with more news from the bush. Have a fabulous week with lots of smiles and laughter and don’t forget to look after each other.