Its Monday and highlights of the season for Kanga

I hope that you are incredibly well and have had another lovely weekend. For us in the Luangwa, the rains have held off, but regardless, the baby warthogs have finally appeared nervous and super cute with boundless amounts of energy. The bush literally transformed itself overnight from a brown dust bowl to a glorious vibrant…

I hope that you are incredibly well and have had another lovely weekend. For us in the Luangwa, the rains have held off, but regardless, the baby warthogs have finally appeared nervous and super cute with boundless amounts of energy. The bush literally transformed itself overnight from a brown dust bowl to a glorious vibrant green oasis with our one rainstorm.

Festive season is upon us and I suspect you are finishing off your list for presents. How about including our amazing collection of post cards from our Safari Dreaming campaign we recently launched… Makes perfect alternative to traditional cards. Tempt your loved ones to a safari while supporting a good cause. See details here and a quick peek at what to expect.

Right… getting back to news for this week from Kanga who has been keeping himself busy this year between Mobile Walking Safaris, Nsefu and Luangwa Safari House. 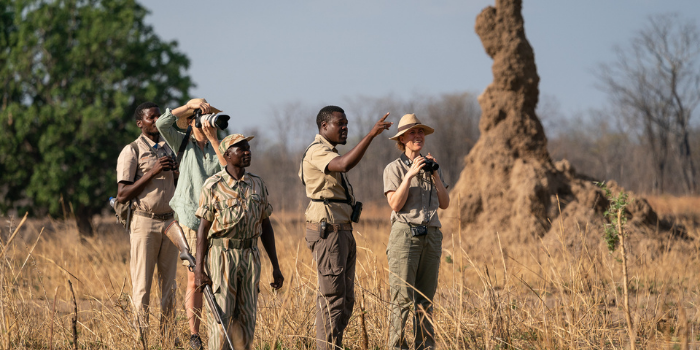 Making the most of the somewhat quieter Nsefu Sector and with rather less bookings than usual, Kanga lead a variation of our mobile walking safari up in this magical part of the park. With significantly reduced foot and vehicle traffic, the guests were able to explore further afield than normal; as well as in some of the more usually busy areas so it really was a massive treat. The wildlife this year has been incredible, and the guests have been spoilt with countless sightings of wild dogs and their pups. Given the fewer number of vehicles, the dogs had initially denned right on the road. They moved the pups when they were very small not because of cars but because of the hyenas and other predators that were putting too much pressure on them. Thereafter they found a very nice spot on Baka Island and thrived there spoiling everyone with the cute faces framed by those enormous ears and boundless energy. It wasn’t long before the pack was ready to venture further afield and extended their reach; sightings became a little fewer but no less special. 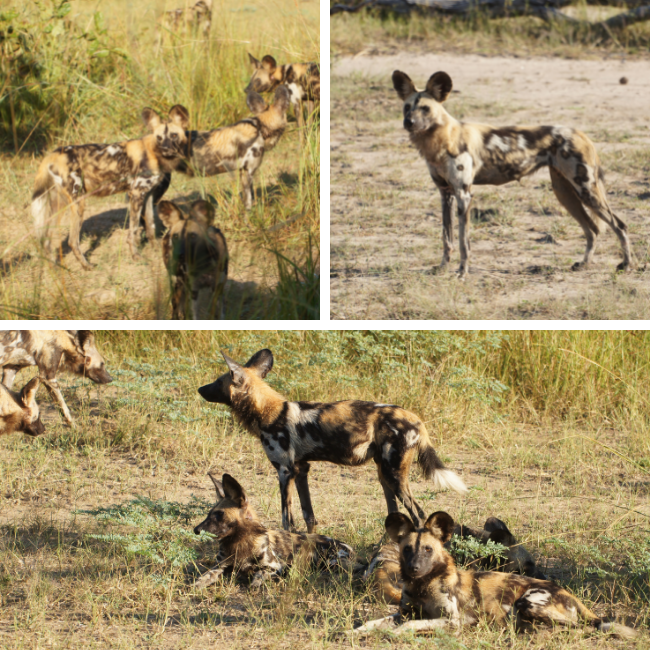 Our resident movie star Olimba and her cubs (now sadly just the one survives) provided a regular and wonderful attraction just north of Nsefu and always happy to pose for the cameras. Olimba, an incredibly successful hunter, would regularly be found providing for her family day and night. 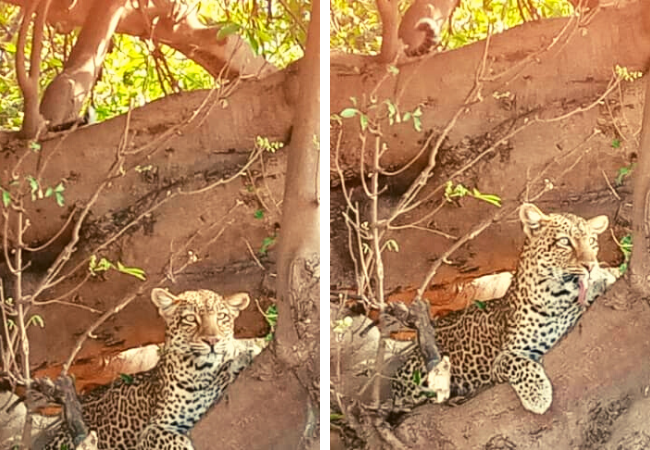 The elephants seem to have been ever present, causing quite a few detours whilst out on walking safaris. At Luangwa House it has been wonderful watching them coming down to the lagoon in front of the house to drink and bathe. It’s not just the elephants who have been regular visitors at Luangwa House, this year we have over the drier months had buffalo and giraffes coming down regularly to drink and some of the giraffes even peeking into the house. 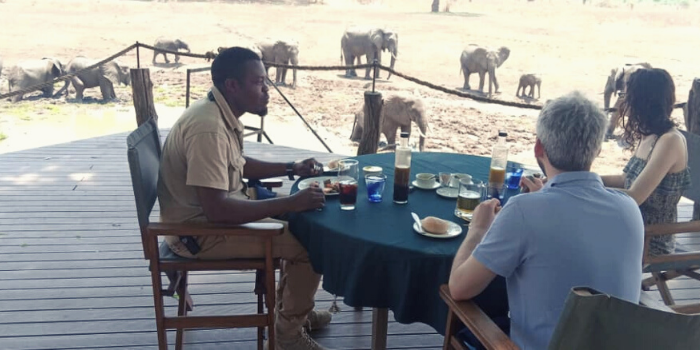 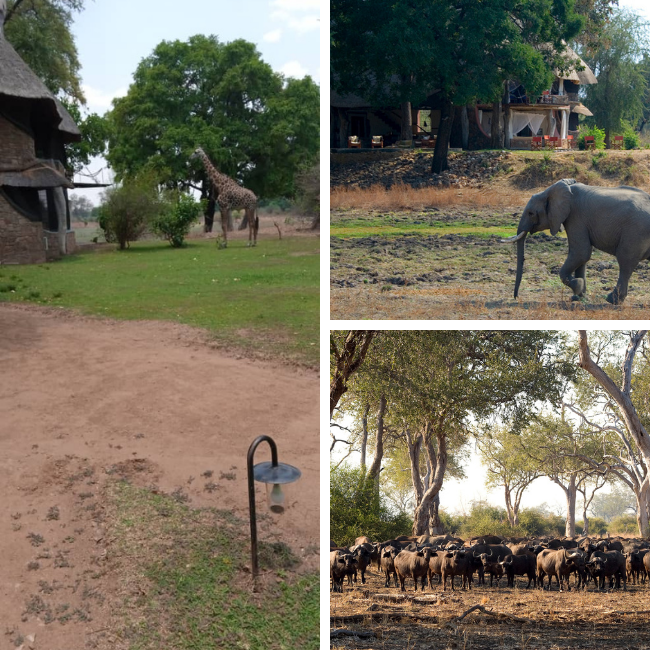 Hopping across the river, our two new big male lions have settled down nicely and are being seen quite regularly with the rest of their new pride. We wait to see if they settle into a routine and the pride grows. 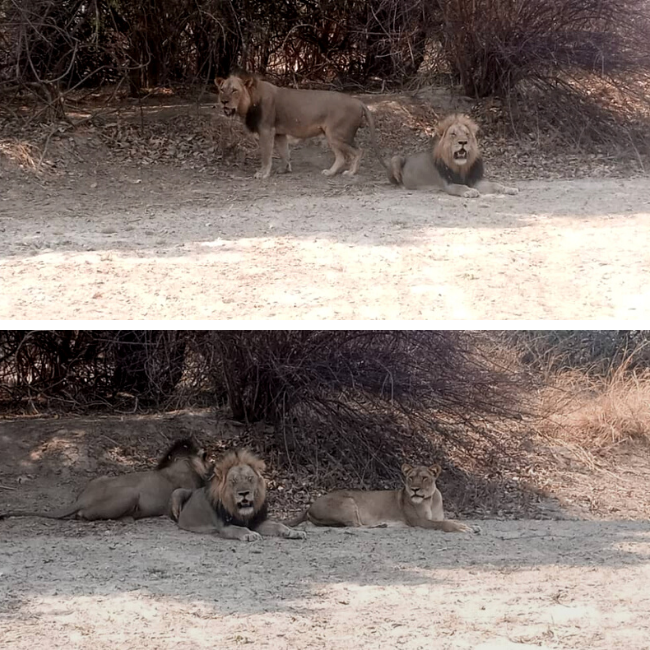 Not forgetting the rest of the incredible wildlife that we get to experience, including some truly majestic kudu resting in the deep shade trying to catch some relief from the heat. The puku on the other hand seem to be immune to the temperatures and happily sit in the blazing sun through the heat of the day. Occasionally a hippo can be spotted wandering through the bush during the day, which always looks like an awful lot of effort and if you are lucky to be close enough, the incredible blood sweat can be seen clearly giving them a rather pink glow! 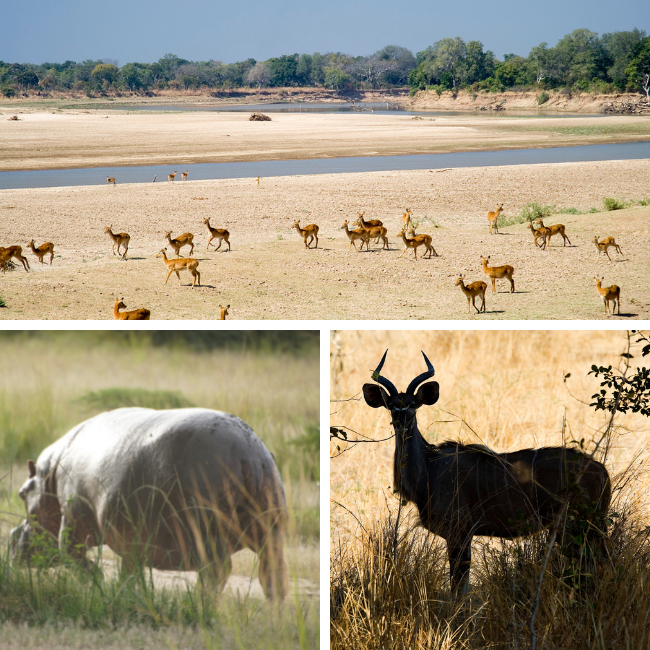 For now, we await the rains, the tell-tale signs are here. The woodland kingfisher, Admin storks and other migratory birds have arrived and all wandering what the heck is going on. 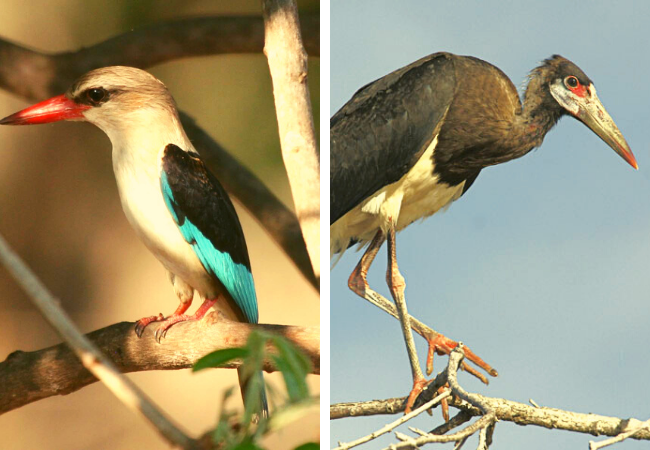 We shall keep you posted, and I am sure that as soon as the rains start and the river starts rising I will be letting you know all about it. Until then though, I hope that you have the most wonderful week with plenty of smiles and laughter and don’t forget to look after one another.