Its Monday and lets head to the skies

Well, hello there. I do hope that you are well and have had a fabulous weekend. Now that its over I hope that the week ahead will be attacked with much gusto and enthusiasm. Here in the Luangwa its that time of the year when the river gets a lot of attention, however this year…

Well, hello there. I do hope that you are well and have had a fabulous weekend. Now that its over I hope that the week ahead will be attacked with much gusto and enthusiasm. Here in the Luangwa its that time of the year when the river gets a lot of attention, however this year as opposed to previous years, it is for the opposite reason of actually being lower than usual. 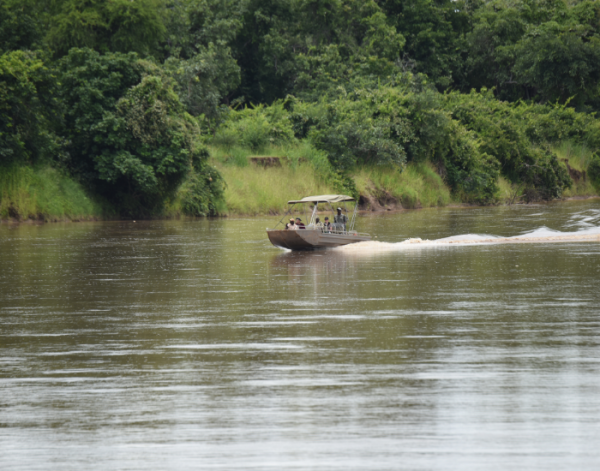 Unlike the team in Malawi who have a major surplus of the stuff we seem to battling to get the Luangwa to fill up and Willie left at 5am yesterday morning to head up to Nsefu with his team to get the camp open for the first of our Green Season trips up there. Fortunately though we have some weather coming in and the river has crept up a few inches overnight. 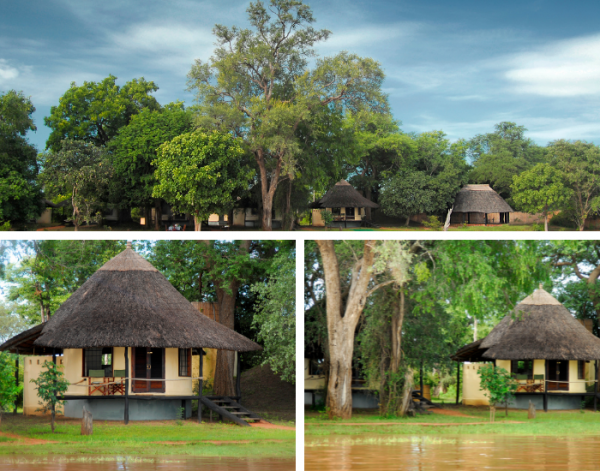 I promise however that I shall now promptly stop discussing the Luangwa river water levels as we instead look to the skies today. We are going to be looking at the wonderful birdlife that we are so lucky to experience here in the Luangwa. So often this aspect can be overlooked but really it has no reason at all to be, as whatever time of the year, wherever you are, there are always birds calling or fluttering around. Whether it be the LBJ’s (little brown jobs) to the more impressive raptors, they surround us and more often than not, give us great joy without our realisation; as without their song, let us face it, things would not be nearly as melodic. 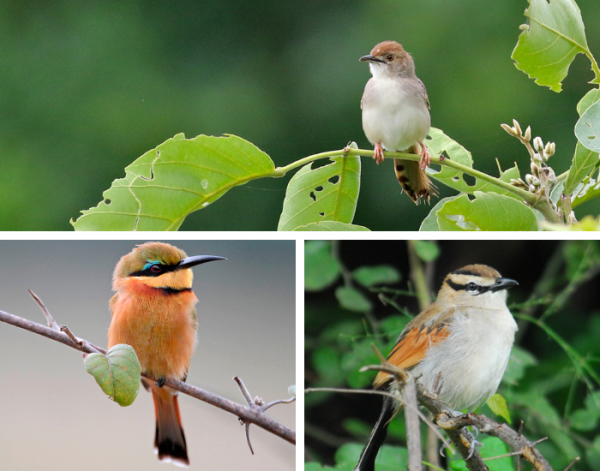 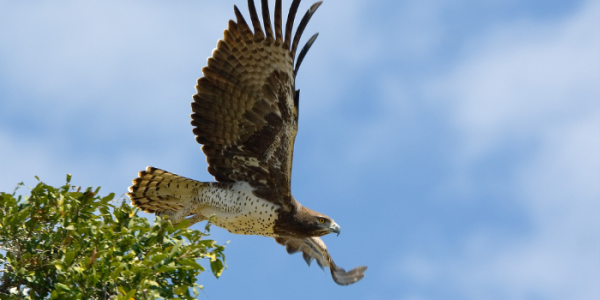 Now that I have got over my ornithological raptures, let us get down to the serious business of discussing what is around. This year for some reason it seems to have really taken some time but in the last few days, the fire-crowned bishops have suddenly appeared in their full and glorious breeding plumage, dappling the long green grass with their impressive red and black colours. From having seen none this year, taking a turn down one particular road there must have been a couple of dozen of these showy males lighting the way down the path, it was just spectacular. The other bird which I have to say has been somewhat lacking this season has been the woolly necked stalk. Then all of a sudden on Friday morning as I was taking Jack to school there were some 40 odd of them all together on the side of the road as if they had always been there and that I was just remiss in having not noticed them. The hornbills are loving the lovely soft ground from all the rain and can be regularly seen flying off with a lovely juicy worm making their bills look even longer and the hammerkops cruise down the road going from puddle to puddle on their fishing expeditions. 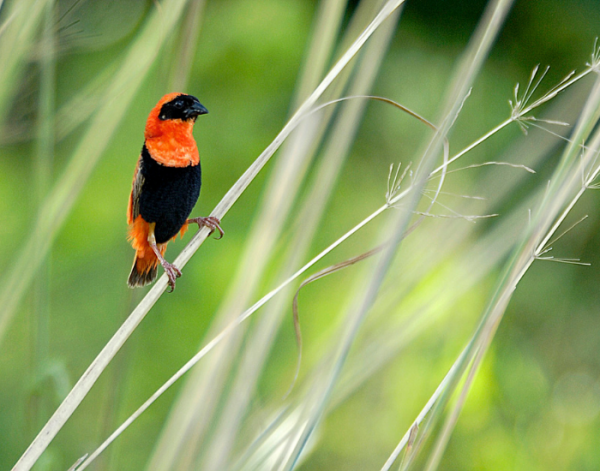 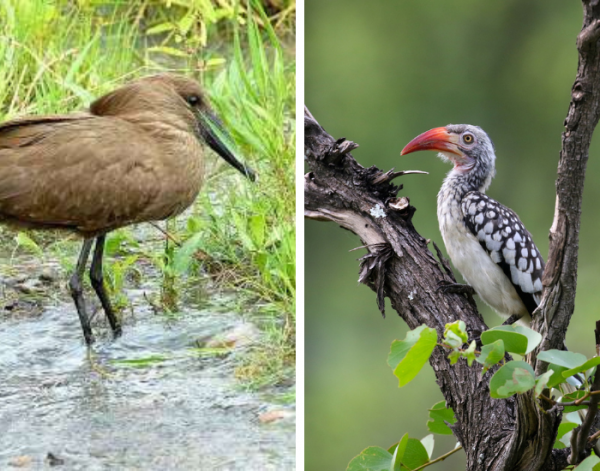 In other avian updates, the yellow-billed storks are also coming into their breeding plumage and having just sent Willie up to Nsefu we look forward to hearing news about the stork colony when he first has a chance of getting there. 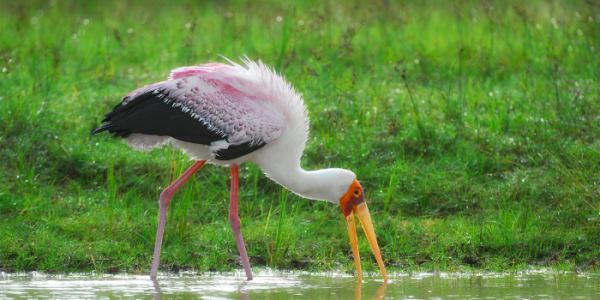 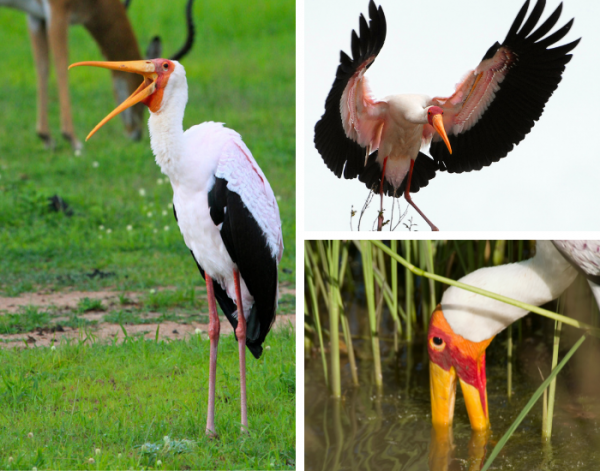 We also have the familiar toots of the knob-nosed ducks who can be seen flying overhead with their familiar and slightly strange looking bills. And lastly the kingfishers are in their absolute element with the migratory woodland kingfisher having arrived and enjoying the feast ahead of them and then our resident kingfishers fighting for their favourite hunting grounds. From the sofa on Saturday, I had the absolute pleasure of watching a male paradise flycatcher swoop down into a little puddle in the garden for a quick drink. His magnificent colours and long tail swooping behind him are unmistakable. 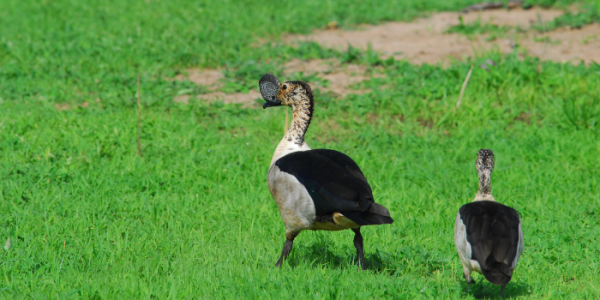 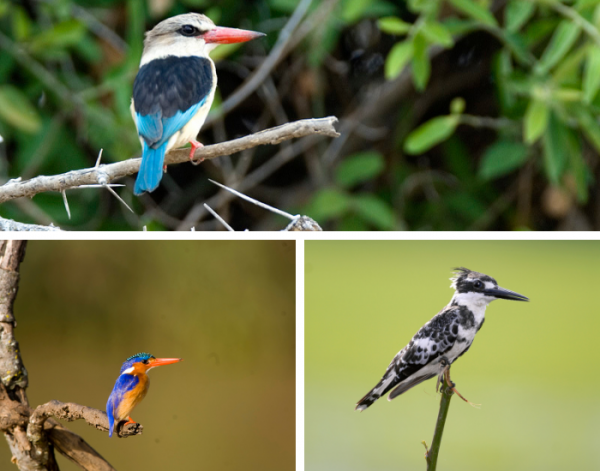 I could go on for longer but I shall stop myself there otherwise you will be here all day as I list all the wonderful birds that we see on a daily basis. Instead I shall leave you to the rest of your day. I hope that you have the most wonderful week ahead with plenty of smiles and laughter and don’t forget to look after one another.