Its Monday and lions galore in Liwonde

Happy New Year! I hope you stepped into the new year in good health with your loved ones close. Here in the Luangwa, it continues to be an amazing time with amazing scenery and sightings all around us. This week however, we are hearing from Steph who has swapped her Blantyre office to the shores…

Happy New Year! I hope you stepped into the new year in good health with your loved ones close. Here in the Luangwa, it continues to be an amazing time with amazing scenery and sightings all around us. This week however, we are hearing from Steph who has swapped her Blantyre office to the shores of the Shire at Kuthengo Camp. Over to you Steph:

“The festive season has come and gone at Kuthengo Camp and what a wonderful time it’s been, experiencing Liwonde National Park in the green season. 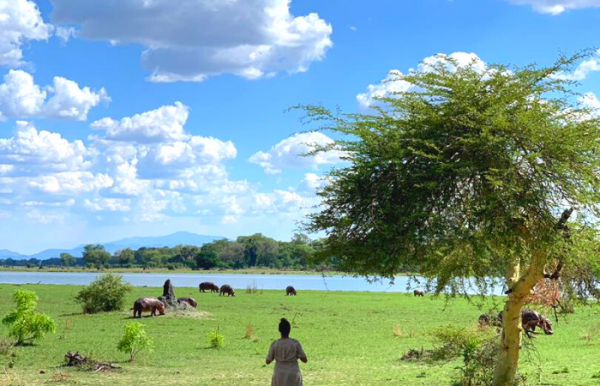 There is often a misconception that the game viewing this time of year is not so good however I can attest otherwise! Over the past three weeks our guests have been treated to some phenomenal sightings of the ‘usual suspects’ (huge herds of elephants, hippos, plains game and a variety of birds), lions as well as a few special ones including cheetahs and even a few encounters with the elusive black rhino! Lauren Bargas-Malila was kind enough to share some pictures of what she saw while visiting with her husband and parents who happened to be first timers to Malawi! 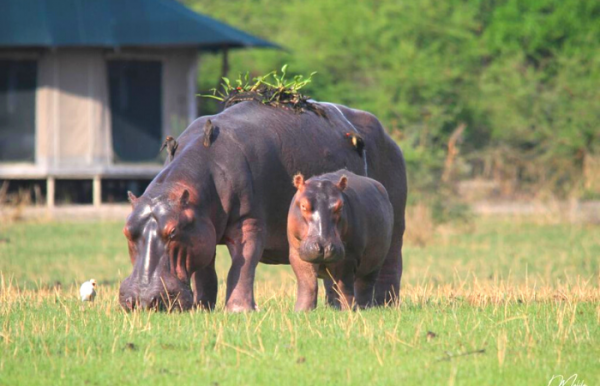 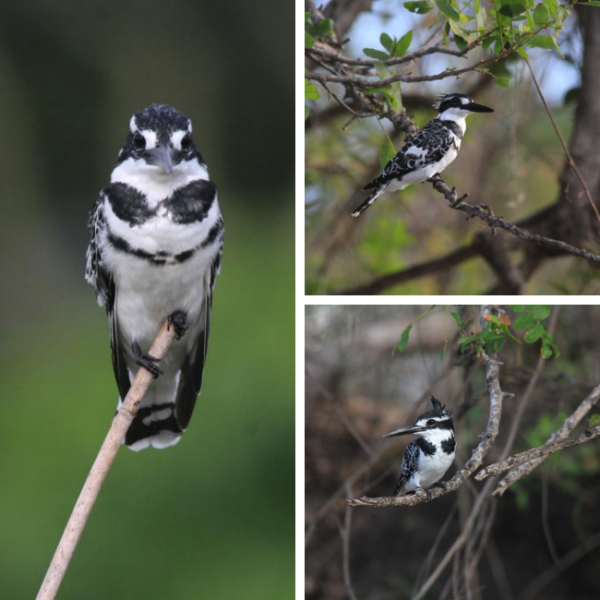 There is a particular pride of lions south of Kuthengo Camp that have been stealing the limelight from the rest of the wildlife (no complains there!), with every guest seeing them at least once during their time here at the camp. Their presence is not only seen but also heard, as we have been hearing them nearly every other night, roaring away in the darkness. It was during one of these nights that I discovered that many of our staff here in camp had never seen a lion in ‘real life’! Now this may sound completely absurd considering most of them have lived in Liwonde all their life, but you must remember that lions had been absent from this park for decades, before African Parks took over management in this area in 2015. 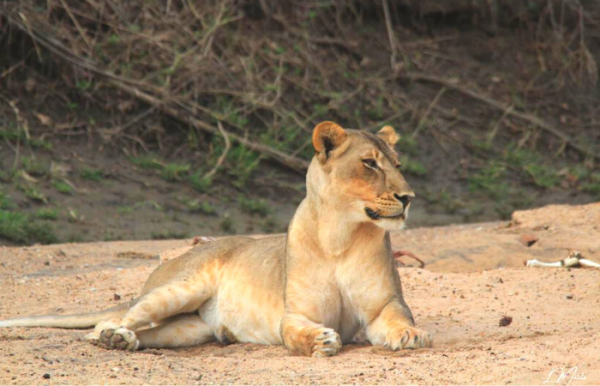 So, during one quiet afternoon we rounded up the troops to see if we could find the lions. Felix our scout had said they were not far from Kuthengo, judging from all the noise the night before, so we had a good chance of seeing them. There was lots of excitement, chatter and laughter as the team jumped onto the game viewer. 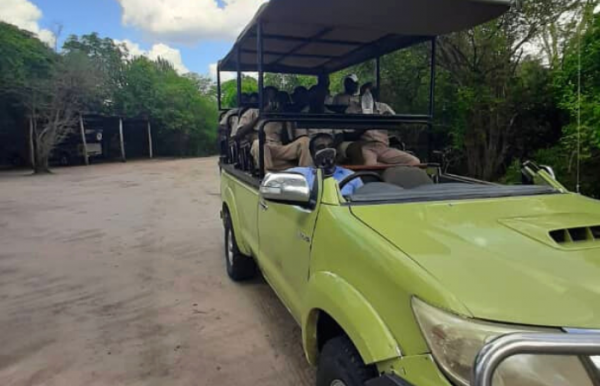 We drove through some stunning mopane groves, that were lusciously green thanks to the rains we had a few days prior. There were troops of baboons foraging on the ground beneath, many of them had tiny babies clinging to them. For a second, I forgot what nuisance baboons are to everyday camp life as the sight of those tiny babies was just too adorable. 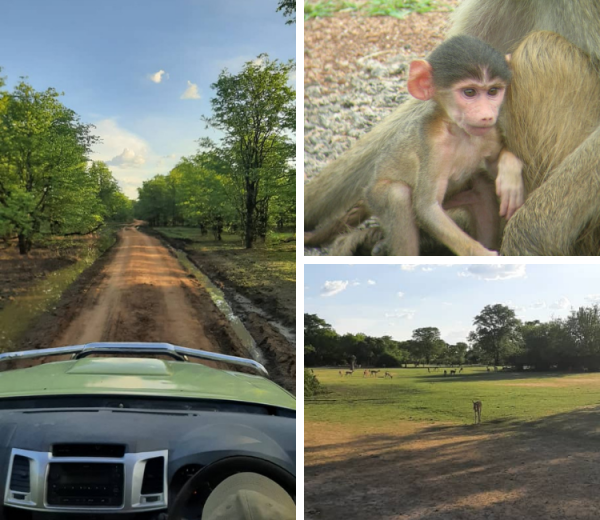 Suddenly Sanderson (our head of maintenance) yelled out “Fox! There’s a fox!”. Slightly perplexed and knowing full well that we don’t have any foxes in Liwonde, I peered through my binoculars and lo and behold, it was a side-stripped jackal. Felix the scout was mid-way through his explanation about it being a jackal and not a fox when Sanderson shouted, “More foxes!”. And sure enough, 4 more jackals appeared. Seeing a pack of 5 jackals was a first for me and sadly I was not quick enough to get a picture with all 5 in it, so you will have to take my word for it when I say that it was special. 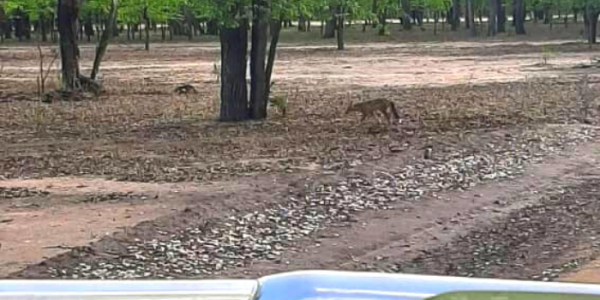 30 minutes later and we were still ambling along, with me feeling slightly anxious, wondering if we will get to see what we set out for. We all knew we had to get back to camp soon and there were still no lions in sight. The excitement and chatter were wearing thin and I could tell the guys were also quietly admitting defeat when suddenly Felix exclaimed “Mkango!” which means lion in the local lingo. And it was not just 1 mkango that we saw… it ended up being 12 of them – 1 adult male, 4 adult females and 7 cubs varying in age/height. 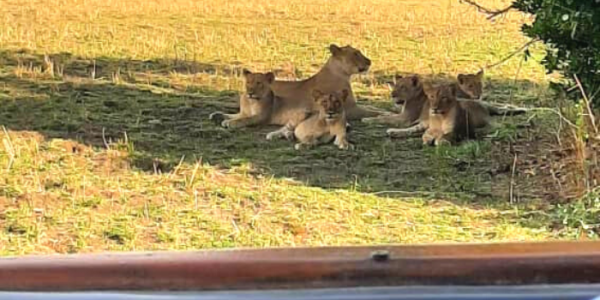 What a sighting! We sat and watched them for 15 minutes and while it was delightful to see these lions, I found myself watching the staff more than the actual lions. They were now bursting with jubilation, taking photos, and attempting selfies with the pride in the background, and all of this while trying their hardest to be as quiet as possible (Felix’s orders!). 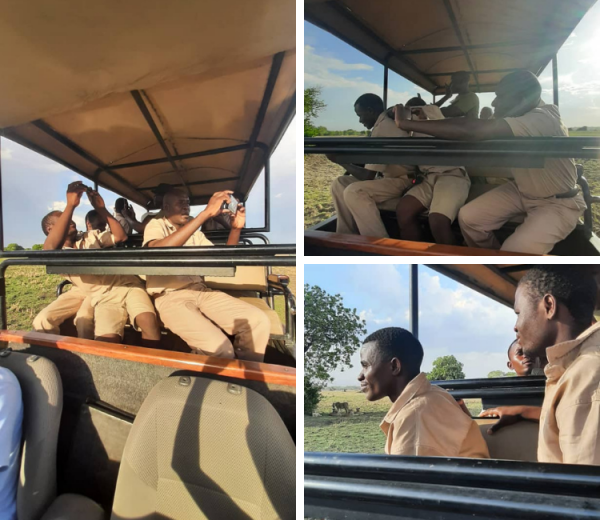 It’s hard to imagine that not so long ago, these majestic felines were not present in Liwonde National Park and what a privilege it is to have seen them!” 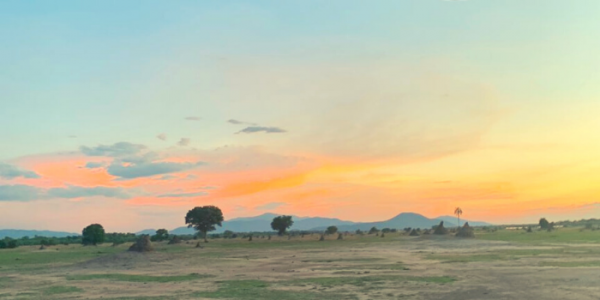