Its Monday and tales of the Luangwa wildlife

I hope that you are fabulously well and sitting comfortably ready and raring for another week ahead. Here in the Luangwa we have well and truly waved goodbye to winter and are embracing the rise in temperatures. The leaves are all dropping from the trees, covering the ground in a crunchy brown carpet through which…

I hope that you are fabulously well and sitting comfortably ready and raring for another week ahead. Here in the Luangwa we have well and truly waved goodbye to winter and are embracing the rise in temperatures. The leaves are all dropping from the trees, covering the ground in a crunchy brown carpet through which the baboons very unsubtly ruffle through looking for any grubs and other snacks. On the other hand, the elephants who usually move through camp stealthily, instead now announce their presence with a very satisfying crunch with every footstep. As the temperatures rise we also find ourselves dodging the willies which scoop up all dust and leaves from the ground in their mini tornado like wind as they race across the roads. Meanwhile the wildlife gravitates towards the water sources which are becoming fewer and more concentrated, leading to more and more animal activity. 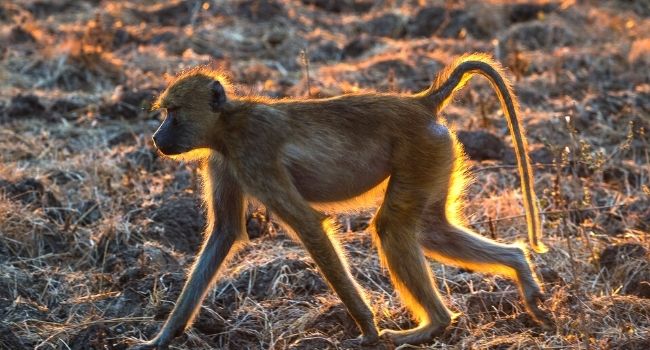 Whilst our guests are still fewer than usual, there is one thing for sure and that is that they are being treated to the most incredible game viewing. Nsefu has been the busiest of all our camps and it can only be said that between the stream of elephants crossing the river in front of camp every day and the flocks of quelea coming down to the little waterhole by the bar; the guests while in camp have been consistently entertained. 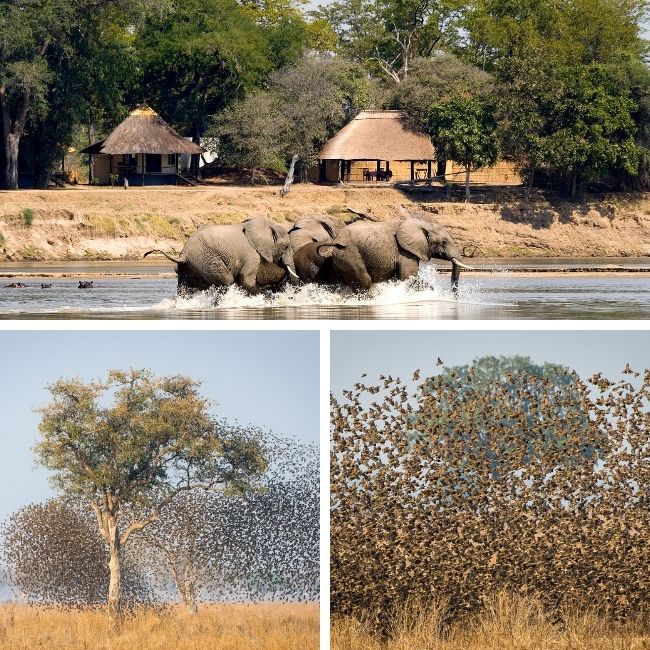 Whilst out in the bush, what can I say except… wow! Olimba, our beautiful female leopard, which Will and Lianne Steenkamp made an award winning documentary Leopard Legacy has since had a couple of cubs. She has in true form, been showing them the ways of the world in full view of our guests; from chasing doves to feasting on a kill. 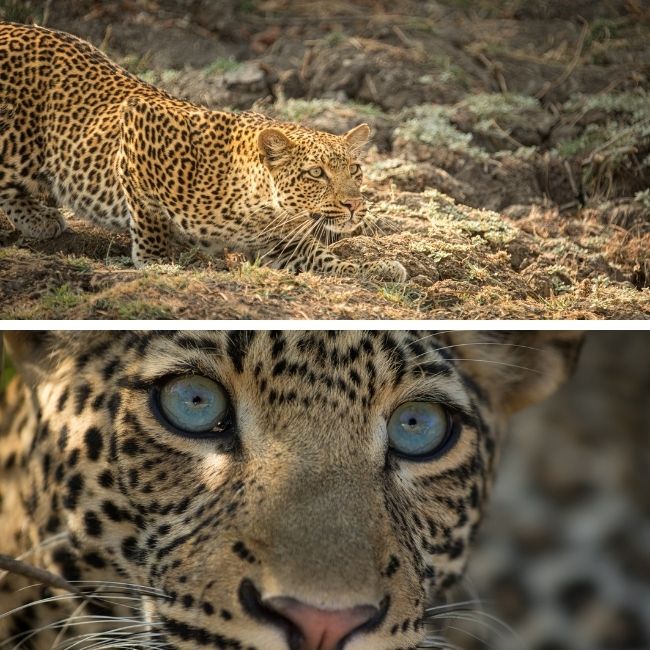 Meanwhile the wild dogs and their pups have gone from strength to strength and are causing havoc with all the prey animals on a daily basis. Now that they are more active and mobile, they are wandering further afield. A few days ago there was a rather nail biting interaction between the wild dogs and some hyena up at the Stork Colony. Everyone emerged unscathed but suitably warned and shaken up, so let us hope that they take note of the dangers and avoid them in the future. 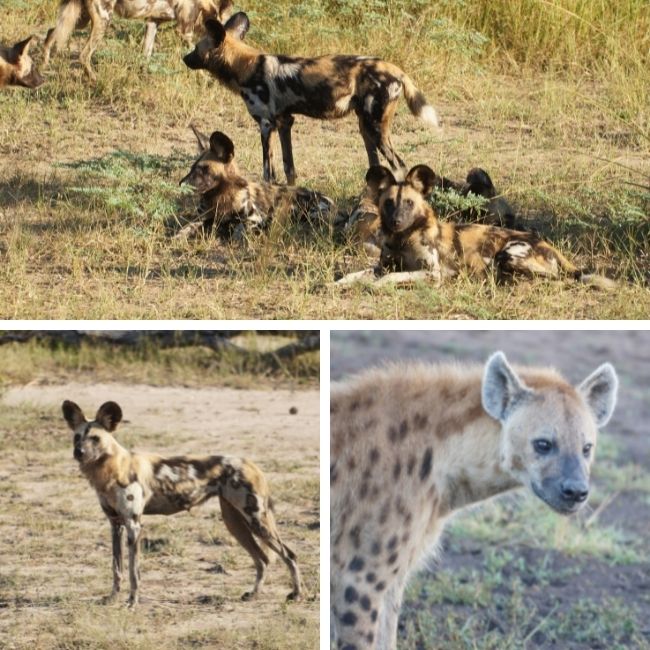 Down at Nkwali its been all about the giraffes as we have had heaps and heaps of them all around camp. They wander up and down the road, not all that bothered about getting out of the way of oncoming cars – good job that out here the animals have right of way. In camp the mongooses and warthogs have taken permanent residence and the baboons can often be found relaxing either at the bar or around the pool. In the park we have had some wonderful sightings of all manner of plains game. We have also been consistently blessed with lions, both hearing them calling at night and seeing them out on the game drives as the two large males make sure that everyone knows that they are here and here to stay. 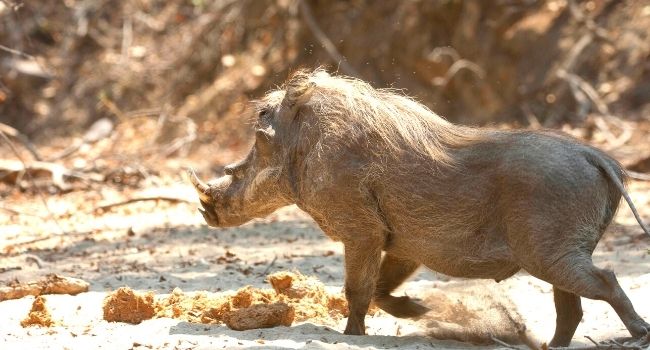 On that note, there is not much more I can say except that we hope to host you sometime soon so that you can see all this for yourselves. Between now and then though, we hope that you have the most wonderful week with plenty of smiles and laughter and don’t forget to look after one another.