Its Monday and The Hippo King

Well hello there. I hope that you are very well and have had a lovely weekend. This week we have some rather exciting news… Unbeknown to us, whilst our resident filmmakers at Nsefu Camp were busy with their multiple award-winning film, Leopard Legacy, in between they secretly were working on another extraordinary film about an…

Well hello there. I hope that you are very well and have had a lovely weekend. This week we have some rather exciting news… Unbeknown to us, whilst our resident filmmakers at Nsefu Camp were busy with their multiple award-winning film, Leopard Legacy, in between they secretly were working on another extraordinary film about an unusual character. Their latest film, made exclusively in the South Luangwa valley, goes deep into the darkest night and closer than ever before. This film made in our very own backyard premieres this week in the US, but for more detail over to Will & Lianne:

“As South Luangwa is home to one of the largest hippo populations in the world it might not come as a surprise that it’s known as a great location to film hippos in the wild.

From the moment we started making wildlife films in the Luangwa Valley back in 2011, these impressive mammals have continued to intrigue us. Over the years we witnessed some incredible, fascinating behaviour and documented some remarkable scenes, which convinced us that one day we would make an in-depth wildlife film about these leviathans. But it wasn’t going to be a normal wildlife documentary. We wanted to bring a personal, character-driven story to our audiences that would draw them closer to these largely misunderstood animals. And this, was going to take time… 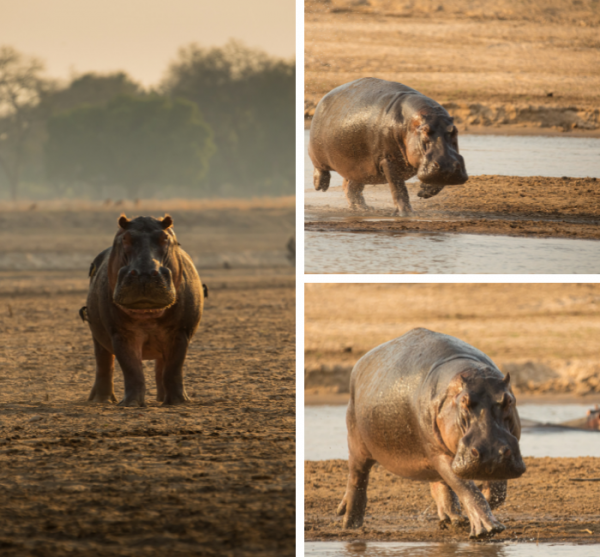 Having lived at the wonderful Nsefu Camp for several years has allowed us to spend many hours along the Luangwa River, watching and filming hippos. Admittedly, they are not the easiest filming subject, and hours, days and weeks were spent on the river’s edge without filming much other than a display of yawns and an outburst here and there. But over time we managed to document some intriguing hippo behaviour. 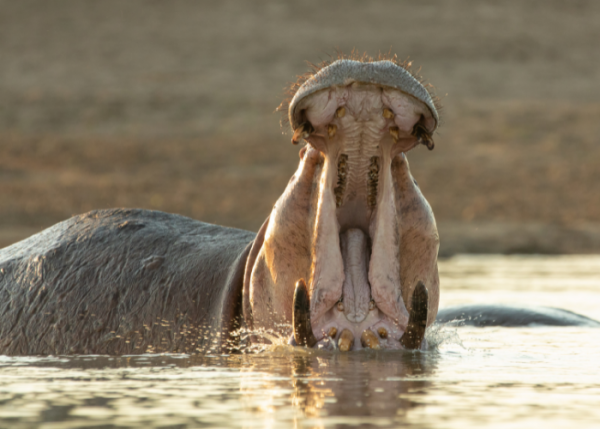 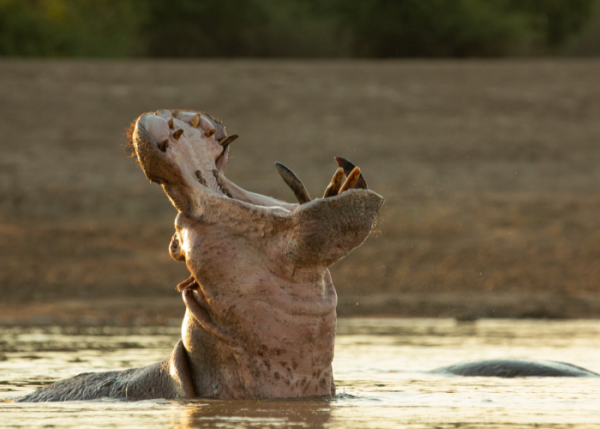 What makes the Luangwa Valley such an interesting location to observe hippos, is that it is a paradise for hippos in the wet season yet becomes an almost unbearable place in the dry season. At the height of the dry season most water sources turn to dust. Then the Luangwa River becomes the only refuge for hippos, where they are all forced to live in closer proximity to one another, which ultimately results in a lot of tension, with battles between bulls reaching a peak. This in turn affects each and every member in a pod, and it’s these dynamics that make filming hippos in the Luangwa Valley so interesting. Apart from that, Luangwa’s hippos also exhibit some unique behaviour that’s seen nowhere else. Hippos are grazers, but when the dry season is at its worst and all the grass has perished, the hippos here turn to the African Sausage Tree, known locally as the Tree of Life. They feed on the large sausage fruits from this tree, which sees them through the toughest of times. It’s a remarkable survival strategy. Another fascinating aspect about the hippos here, is that we’ve seen them interact with other species in some unexpected ways – from a playful hide and seek with swimming elephants, a threatening encounter with a pride of lions, and a surprising act of curiosity with a hunting leopard – we’ve been astonished by their inquisitive and joyful nature. 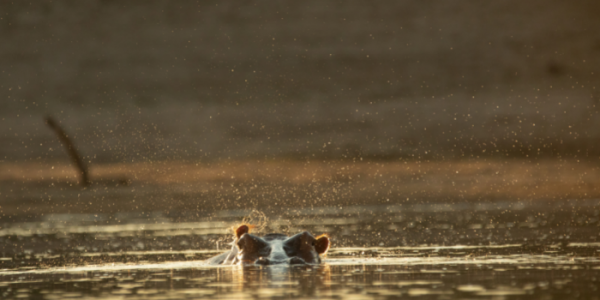 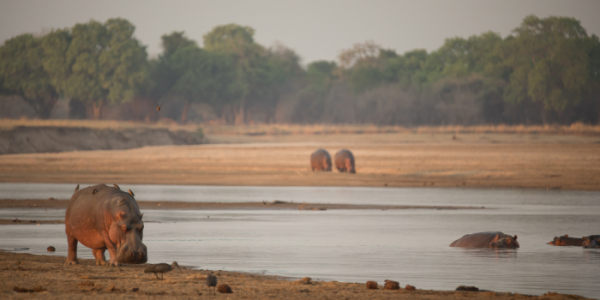 To show what hippos really are all about, we had to give it time, and eventually we were ready to make the hippo film we had long been hoping for. Our aim: To tell a hippo’s life story. A bit of a challenge, as unlike with carnivores, it is impossible to follow one individual hippo for several years. Hippos live in loose groups and move around, and apart from certain pigment spots, permanent scars or injuries, hippos are generally pretty difficult to tell apart, especially when submerged in the water. Thereby, a hippo can live up to about forty years, so a ‘true life story’ would simply be impossible. Yet, we felt we’d only really do hippos justice by portraying a story on a hippo’s entire life cycle, from the risks as a new-born calf up to the major challenges faced by a dominant bull. The only way to do this, was to film different individuals at all the different life stages… 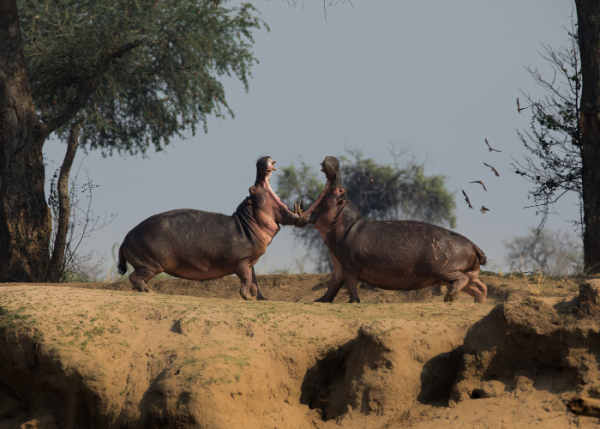 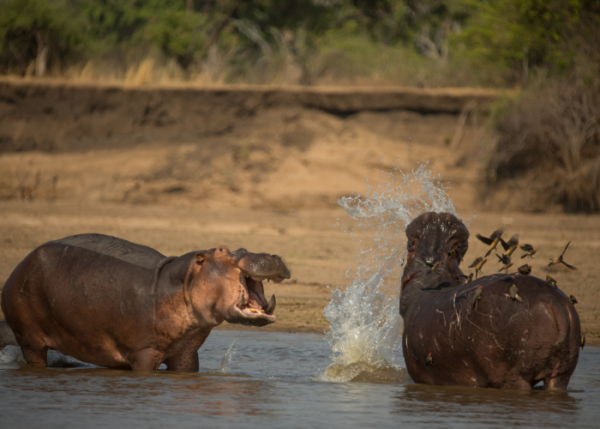 When we eventually found an old, battle-scarred bull who was reaching the end of his life, we realised he could bring the whole story together. It’s this old bull that takes the viewer back in time – from his first days as a newborn in the Luangwa Valley, to his challenging teenage years, and how he eventually got to be king. This old bull brings us the intimate tale of an African leviathan that no one has ever seen before. Here is a teaser. 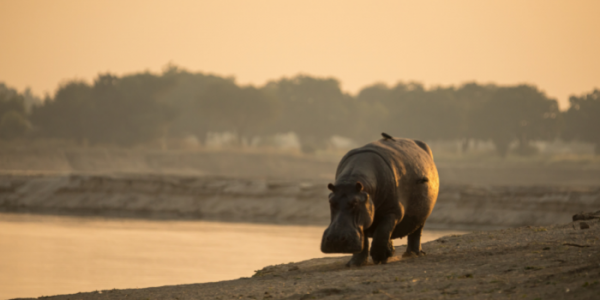 It’s a story put together from true events, which have been shaped into a beautiful tale about the life story of a hippo, from birth to adulthood. Whether it’s the first fearful life experience of a new-born hippo calf, a dramatic scene of a mother’s death with her youngster watching helplessly as she is devoured by a pride of lions, or the impressive fights between two large adult bulls – the viewer will be captivated by the personal approach with which this story has been told. It shows our audience that there is so much more to hippos than what meets the eye. That they are a fascinating species, with a complex social system, that display remarkable behaviour that we have yet to understand.

The Hippo King was co-produced with Terra Mater Studios, WNET Group and Skyland Productions in association with Docllights/NDR Naturfilm, and has its American premiere this Wednesday 6 April, on PBS Nature. UK and EU broadcast dates not yet known but will be published on RPS social media platforms as soon as it becomes available.” 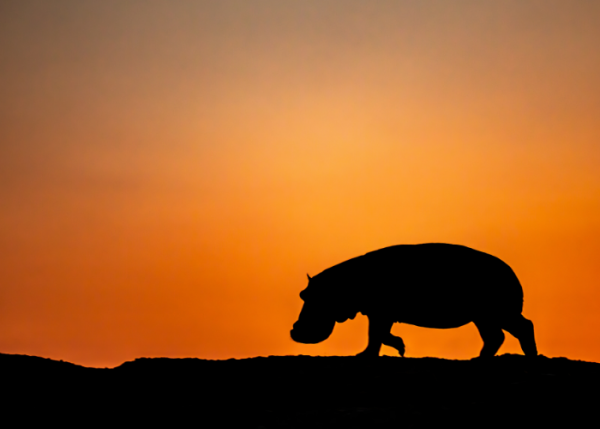 Wow! Thanks so much Will and Lianne. We cannot wait to see the film. How very exciting! This also leaves me with little else to report as there is nothing that will live up to such a wonderful account, so I shall gracefully bow out and bid you all a very fond farewell and hope that you have a wonderful week ahead with plenty of smiles and laughter and don’t forget to look after one another.