Its Monday and the rain has finally fallen

Well, hello there. I do hope that you are fabulously well and have had a lovely weekend. Here in the Luangwa we have had a week of mixed downpours and drizzle and it has been simply wonderful. The river has finally started to come up and the roads are at long last big splashy muddy…

Well, hello there. I do hope that you are fabulously well and have had a lovely weekend. Here in the Luangwa we have had a week of mixed downpours and drizzle and it has been simply wonderful. The river has finally started to come up and the roads are at long last big splashy muddy tracks. The temperatures have cooled slightly, and the humidity has risen. Rob has been busy in the workshop looking at the boats and the mission for the week is to be able to boat up to Luangwa River Camp and have our first trip out on the river. We are all very excited and looking forward to it. 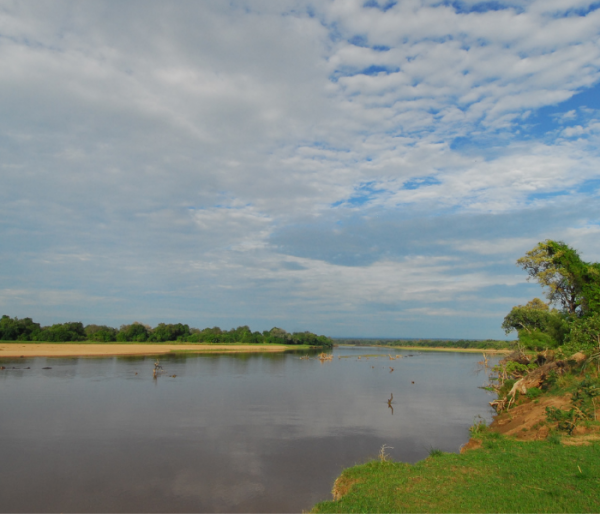 With the roads being so muddy and soft, we are getting some lovely footprints left in them as the wildlife goes about their daily chores; with everything from large squelchy elephant craters to clear and perfectly formed leopard tracks. 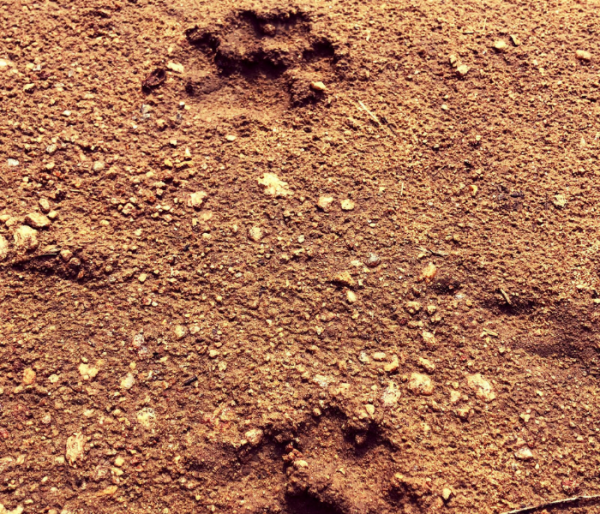 The bug life has also exploded with chongololo’s everywhere – I mean it doesn’t matter how many I remove from the house, there seems to be a continuous stream. We also have a plethora of beetles in all sorts of shapes, sizes and colours and it is a young boy’s heaven, as Jack wanders around in his gum boots with his bug box and tweezers in hand, bringing everything back to look at under the microscope. 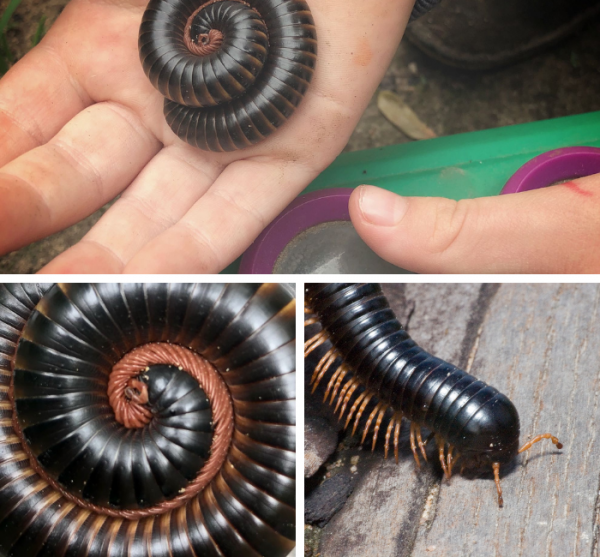 Butterflies and moths however avoid being captured, although it has not been for lack of trying as once more, we have such an array. The flower press is also getting a good work out as the seasons’ beauties are picked and pressed. It is not just Jack who is making the most of these perfect conditions, driving out of camp on Wednesday a large plain had been flooded and making the most of the molluscs floating past, we saw hundreds of open-billed storks all busy getting their fill. 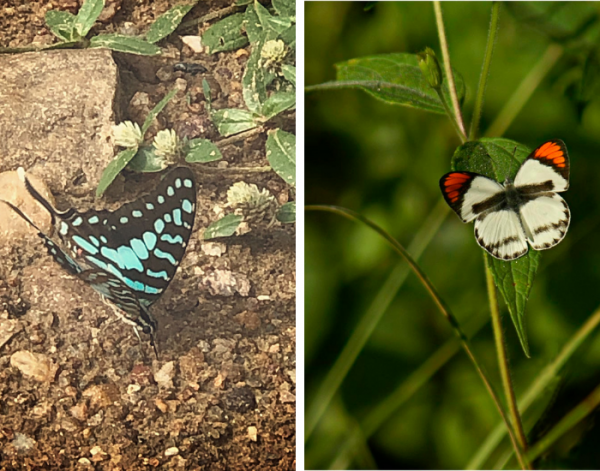 Speaking of molluscs, the giant land snails are also out in force, and one must keep a beady eye when driving along to avoid any that might be taking their time to cross the road. 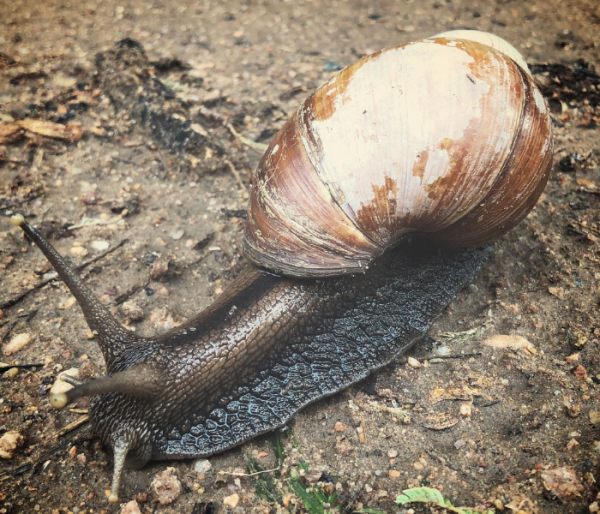 As the bush thickens it becomes harder and harder to see the creatures hidden within, and when a Narina Trogan calls, hours can be spent scanning the trees looking for it. Sadly, we have had no luck yet of a sighting – we are not giving up and the binoculars remain at the ready. Similarly, when the baboons start to bark all senses are heightened as who knows what it could be – possibly a predator or a snake or even just a baboon who is lost and looking for the rest of the troop. A few days ago, these barks were for good reason as no sooner had the baboons alerted us to having seen something did we spot some wild dogs trotting past. 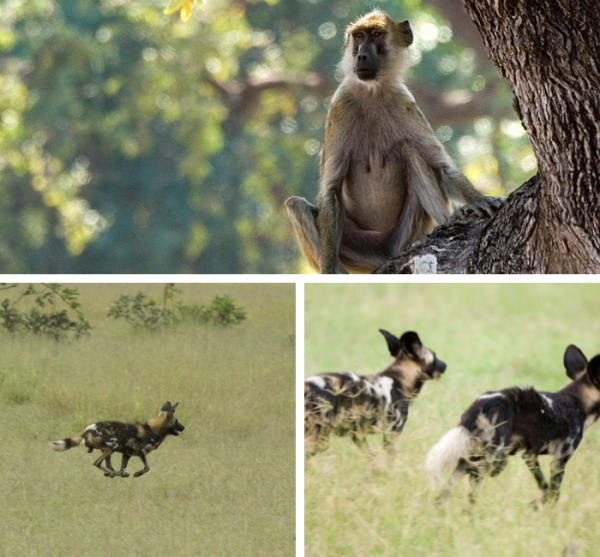 A few of the more unpleasant creepy crawlies (apologies this is my opinion and whilst I have huge interest and respect for snakes, I prefer not to have them too close to me) have also been spotted with a rather stroppy young cobra displaying it’s not all that impressive but still rather intimidating hood at us. Needless to say, our course was rapidly altered to avoid any form of confrontation! And another regular visitor for this time of the year is our dear friend the scorpion who is also avoided at all costs.

In big animal news, the elephants are having a wonderful time feasting on the ever present and luscious supply of fresh green grass and leaves. And the warthogs with their fast-growing young have life a lot easier now that digging for tubers and roots has become easier in the soft ground. However, one can’t help but chuckle at the site of a family of warthogs sleeping miserably by the side of the road when their muddy hole in the ground of a home has been flooded by a particularly large downpour. The giraffes are growing ever taller as they accumulate great wads of soil to the underside of their hooves. On the other hand, lions have a rather unimpressed look on their faces when the rain starts pouring and they have to endure the deluge. 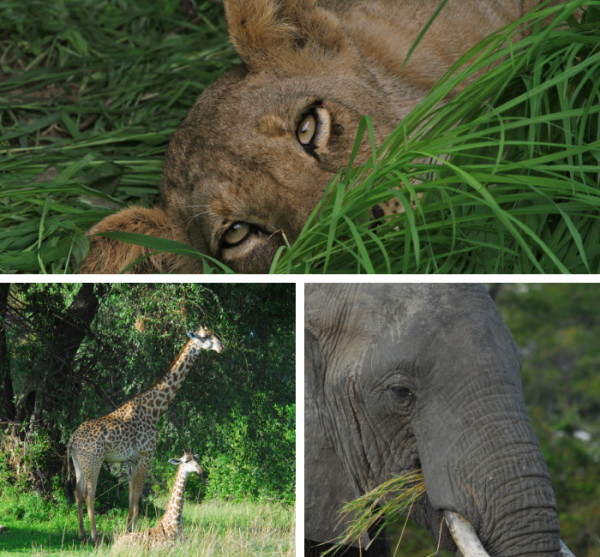 So, there you have it for this week, from a beautiful and bright Luangwa. I hope that you have the most wonderful week ahead with plenty of smiles and laughter and don’t forget to look after one another.