Hello there! I do hope that you are fabulously well and have had a marvellous weekend. Here in the Luangwa the epic challenge of getting everything up and running again continues. Whilst we are all busy beavering away behind the scenes the teams at Nkwali, Robin’s House, and Luangwa Safari House are busy showing all our guests the splendours of the Luangwa…

Hello there! I do hope that you are fabulously well and have had a marvellous weekend. Here in the Luangwa the epic challenge of getting everything up and running again continues. Whilst we are all busy beavering away behind the scenes the teams at Nkwali, Robin’s House, and Luangwa Safari House are busy showing all our guests the splendours of the Luangwa Valley. We have had some incredible sightings of both the big and the small kind. But to walk us through a recent stay with us today we are hearing from Simon Cousins who recently came to stay with a group of colleagues at Luangwa Safari House. Simon over to you:“As usual the Luangwa kept us all enthralled. On this trip, with work colleagues, we had 2 people who had never been to the Luangwa Valley but had heard all about the wonderful leopard and wild dogs sightings. So the pressure was on from the word go!Arriving at the splendiferous Luangwa Safari House always sets expectations very high. Such a wonderful house to stay at – it captivates all who walk through the magnificent front door and take in the house and the view out onto the lagoon. 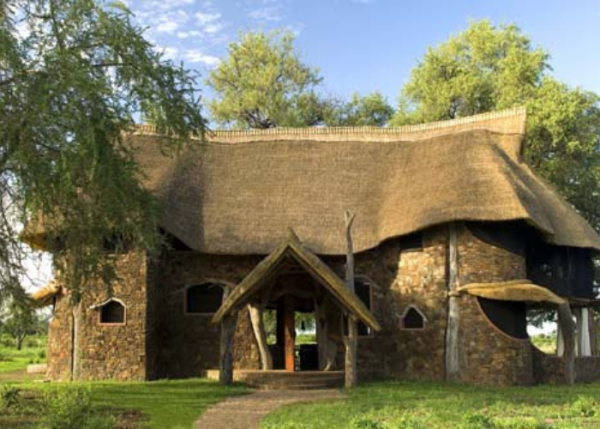 A hasty lunch and then out into the park we went. Pressure was high with hopes of wild dogs and leopards first up as I was trying to quell the levels of expectations!! ‘You can’t have it all on the first afternoon’ or words to that effect!The Luangwa had other ideas…………… as we got into the car the baboons started to alarm call! One of the first animals we saw, apart from the frenetic baboons, was a beautiful female leopard wandering through the grass. Talk about setting the game viewing bar high first up!!This little leopard, and her cub, were to be the sightings backbone of our trip, with all of the wonderful other creatures keeping us entertained in between. 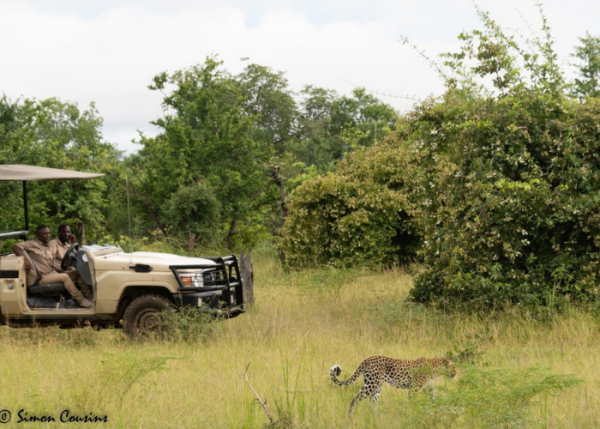 On night two of our trip she killed an impala and stashed it up in a tree just across from the emerald season river crossing (for those of you who know the area I am talking about – as you come out onto the main road you have a beautiful big baobab tree in front of you. She stashed the kill in a mopane tree just next to it!). 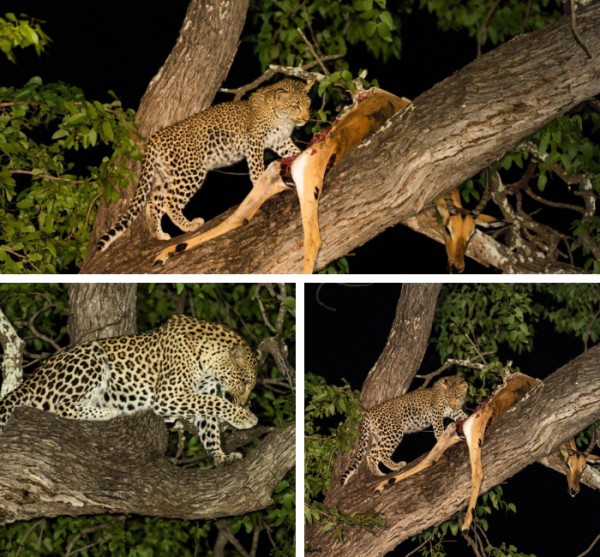 For the next 2 days we had the privilege of watching her and her cub feeding and/or resting, glaring at the ever-patient hyena’s that were patrolling below them. On one of the afternoons we were sitting watching the cub feeding on the carcass, from quite a way off, as the cub was more nervous of vehicles in daylight hours than at night, when the baboons began barking in the distance and impala came scattering out of the bushes in the distance. I just turned to the guests and said ……… ‘it has to be the wild dogs!’ 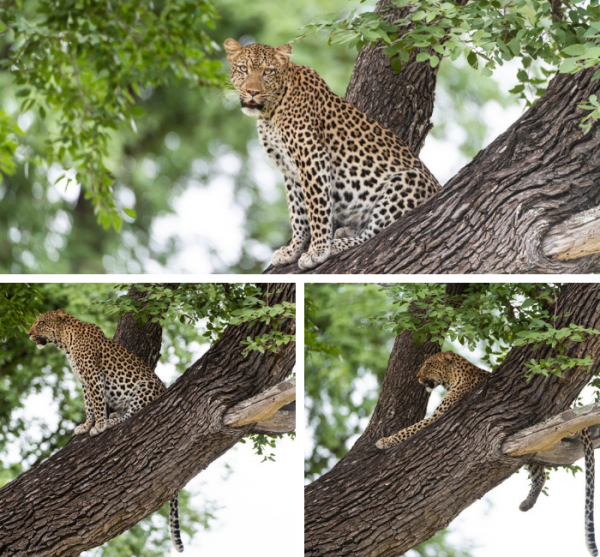 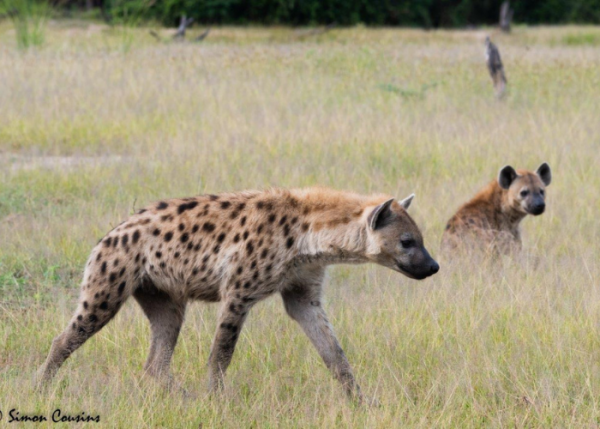 The little cub scurried down the tree and dashed off into a thicket and we left in pursuit of wild dogs! A pack of 21 dogs was rushing through the bush chasing impala and puku – very hard to predict where they are going to end up when there are so many of them running around trying to kill something. We eventually caught up with them not too far off, having killed an impala. Not a great deal was left of the kill, as you would imagine with 21 dogs to feed. As we arrived they were in a battle with a large crocodile, that was out on land. I can only assume the croc was moving from one of the numerous lagoons to another when the dogs came across it. They spent a few minutes harassing it, although only attacking the tail of the croc, realising that the front end was a lot more dangerous than the back end! 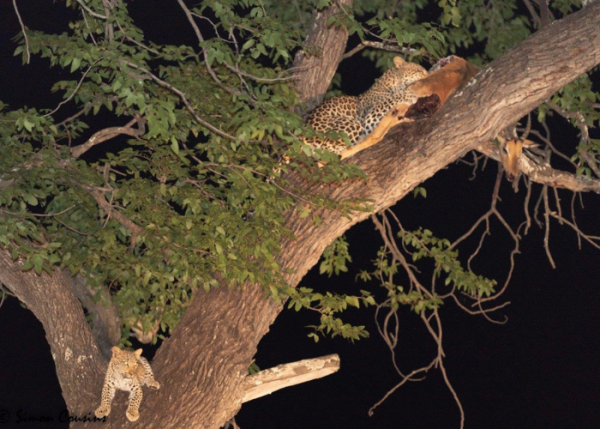 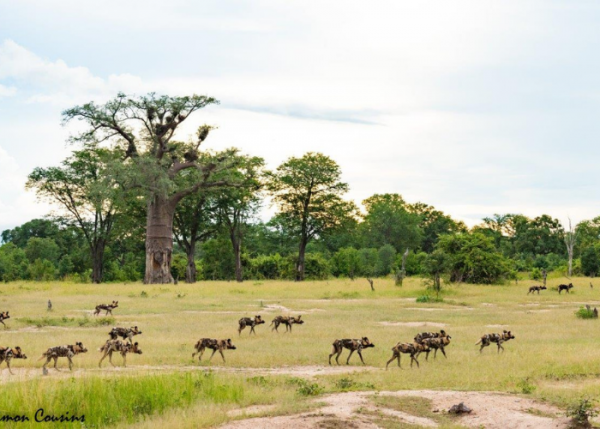 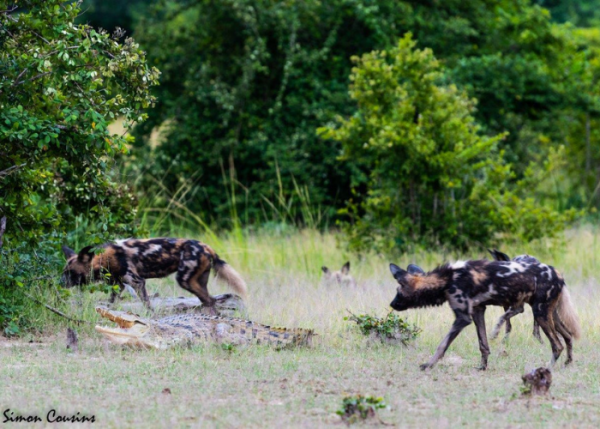 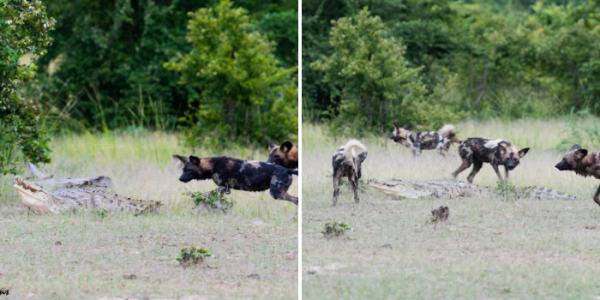 In between all of this we had lions feeding on an elephant carcass, which had apparently died of natural causes, with the vultures providing a side show as they do. 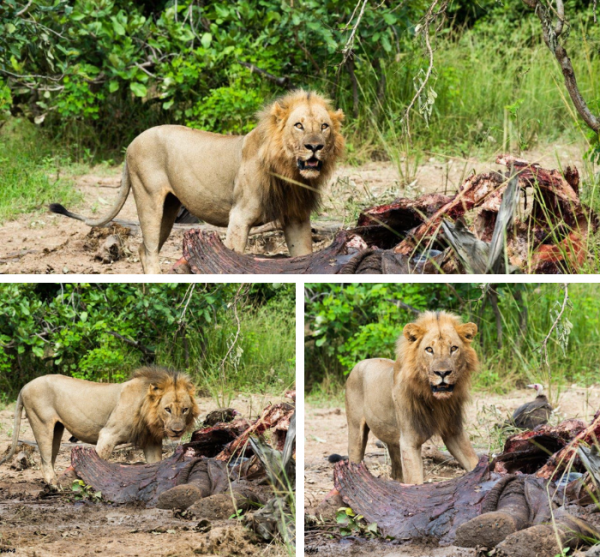 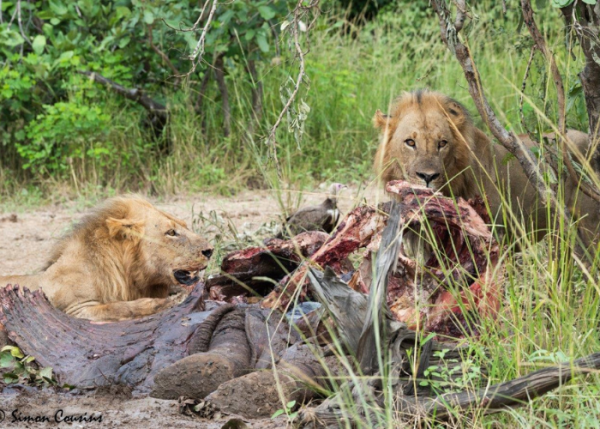 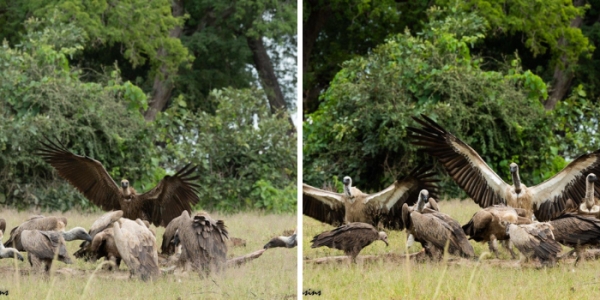 Also on show at this time of the year are all of the wonderful birds migrating down to Southern Africa as well as the waders and waterbirds in all lagoons and marshes. One particular sighting that we saw was a sacred ibis searching through weavers nests for chicks to eat – really fascinating.No matter how many nights you have in the Luangwa Valley, it is never enough!Thanks to all at Robin Pope Safaris, once again.” 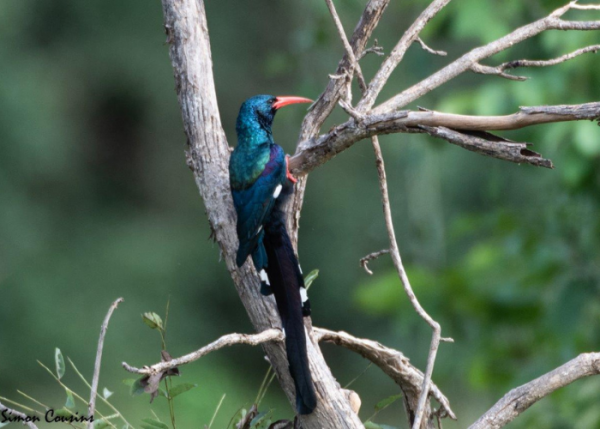 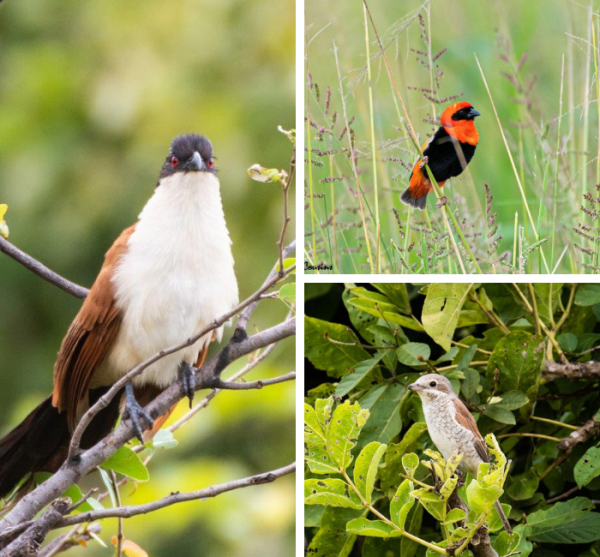 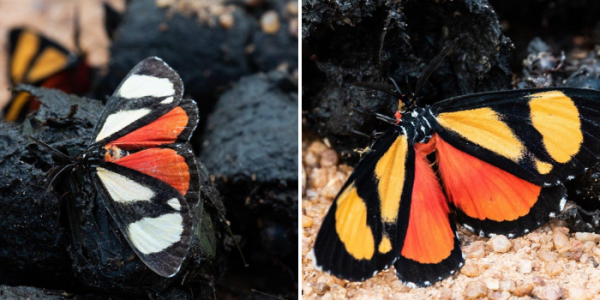 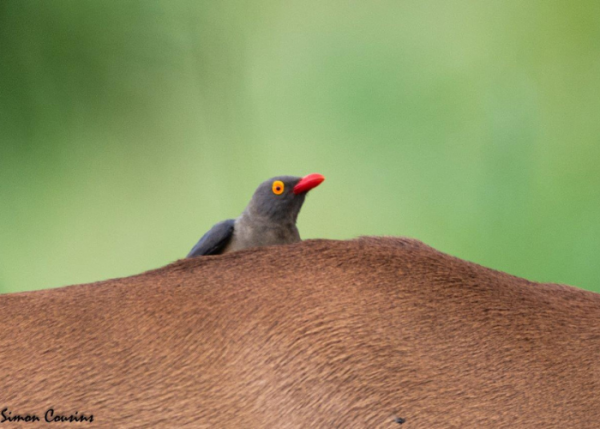 Wow, amazing thanks so very much Simon once again amazing sightings, tales, and images! Thank you for sharing all of this with us and we look forward to having you back in the Valley again soon.In all fairness this really does make my Its Monday rather easy as there is nothing left for me to say on the matter except to bid you a fond farewell. Have a wonderful week ahead with plenty of smiles and laughter and don’t forget to look after one another.